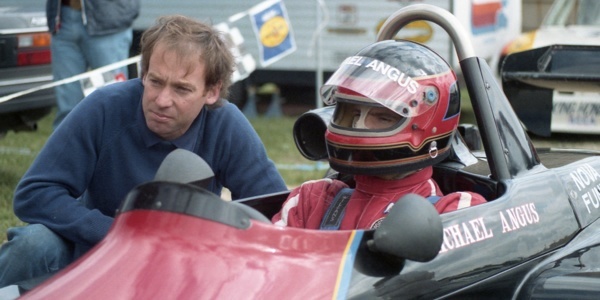 In the first season of ECAR, only two drivers competed the full season: Michael Angus, whose wife Holly had first had the idea of an east coast equivalent to WCAR; and Florida Ferrari dealer Steve Shelton, whose wife took the opposite approach of never talking to Steve's brother Tom after he introduced his younger sibling to motor racing. Shelton beat Angus in a 1-2 finish at Summit Point in July only for Angus to reverse the order at Brainerd two weeks later. Shelton's season was then disrupted by a crash at Lime Rock in August and he then damaged his brand new Ralt RT4/85 in a practice accident at Trois-Rivi?res. As Angus continued with podium finishes at all six races, a run of three retirements left Shelton far behind him.

Apart from a couple of rarely seen Tigas, the only non-Ralts that were anything other than antique were Peter Heckmann's rare Lola T860, a F/Atlantic derivative of the F2 Toleman TG280, and Louis Baldwin's March 81A. A couple of cars took part that dated all the way back to the dawn of Formula Atlantic in 1974. Of the Ralts, four new 1985 cars appeared at some point during the season but Mike Greenfield's was the only regular. One of only two 1984 Ralts in the country also appeared but these newer cars were outnumbered by 1982 and 1983 Ralts. Both Angus and Shelton started the season in 1983 models and visiting westerners Dan Marvin and Riley Hopkins both won races in their 1982 cars.