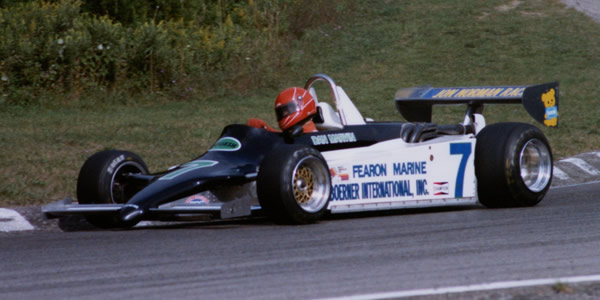 When the history of Formula Atlantic was written during the Toyota era of the 1990s, the impression was given of continuity between 1982, 1983 and 1984. There was no such thing. The FIA had taken over Atlantic for 1983, renamed it Formula Mondial, gone worldwide, and wrecked it. Australia continued with Mondial for 1984 but in North America, CASC's professional series died. The SCCA continued with the formula as an amateur category but the task of keeping professional series alive fell to a group formed less that a year before on the west coast. Called West Coast Atlantic Racing (WCAR), the group comprised Jon Norman, Rick and Gudrun Shea and Tim Fortner, and organised their first race at Seattle in June 1983. As the Formula Mondial season wound down with no sign of the promised International run-offs, WCAR filled the void with two more races, at Riverside in September and Sears Point in October, with a prize of $1,200 going to the winner. Not quite the $15,000 that Michael Andretti had trousered for his win at Trois-Rivières a month earlier, but enough to keep the category alive.

When CASC announced in March 1984 that they were unable to find a sponsor to continue with Formula Mondial, WCAR found itself the only Pro series left. With CASC at last out of the way, the SCCA stepped in to support the fledgling series. SCCA President Nick Craw had been a Formula B driver 15 years earlier and had plans for West Coast and East Coast series in future years.

This series was not seen as a continuation of the CASC series of 1971-1983 - in fact the reigning champion was said to be Dan Marvin, following WCAR's short series of races in 1983 - but would prove to be the foundation for a new North American Formula Atlantic series that would grow out of the wreckage of Mondial.