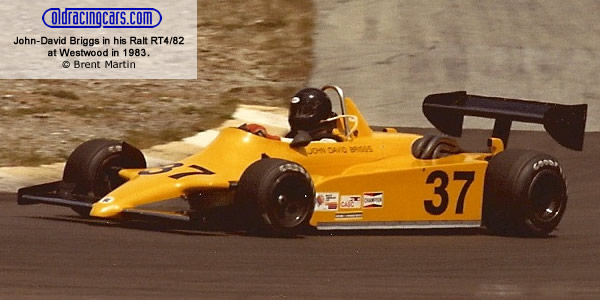 The new beginning of Formula Atlantic was the Tacoma Cup at Seattle International Raceway in June 1983, a "Formula Atlantic Series Race", organised by WCAR but sanctioned by the SCCA and supporting their Trans-Am race. The SCCA were branching out from their normal categories at this point and the meeting also contained an AMA Superbike race and an IKF Go-Kart Enduro. The first three finishers in the Formula Atlantic race were all entered by WCAR's principals: Dan Marvin in Jon Norman's Ralt RT4/82, Steve Cameron in Rick Shea's RT4/81 and Riley Hopkins in a RT4/81 from Tim Fortner's operation. 14 cars started the race. A points system had been devised, and points had been awarded to WCAR members for their results in the four west coast rounds of the main CASC-sanctioned Formula Mondial series.

With the FIA's idea of an International Modial run-off having evaporated, WCAR organised a second race at Riverside on 24 September which was won by Mike Rosen in Garvin Brown's RT4/81 but with none of the top three from Seattle featuring in the results. The third and final race was at Sears Point two weeks later, supporting the Can-Am race and with $5,000 in prize money, and attracted a similar group to Riverside, with John-David Briggs winning this time in his 1982 Ralt. John Della Penna set fastest lap in the Pacific Motor Sports Ralt RT4/83 but had to settle for second place behind the experienced Briggs. When the points from all seven rounds were added up, Dan Marvin was the inaugural WCAR champion.