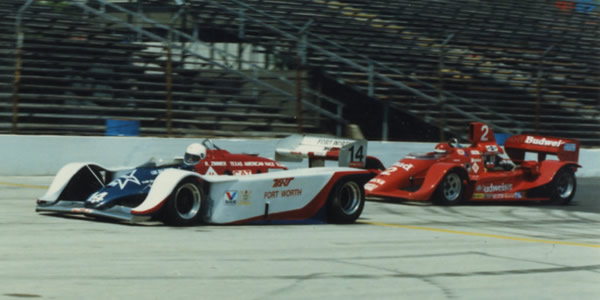 The Can-Am Teams championship was very different to the Can-Am series of five years before, and was now heading in a new direction. The leading cars now included the ex-CART March 85Cs of Bill Tempero and Buddy Lazier, powered by six-litre engines, as well as the evergreen Frissbees of Horst Kroll and Al Lamb.

Bill Tempero won the championship but with the Can-Am name no longer available and the sports car bodywork becoming an anachronism, Tempero led the creation of the new championship in 1988, the American Indycar Series (AIS).

The Can-Am series was now finally buried but the SCCA weren't done with the name yet. A Shelby Can-Am concept would appear a couple of years later and has continued racing to the present day.