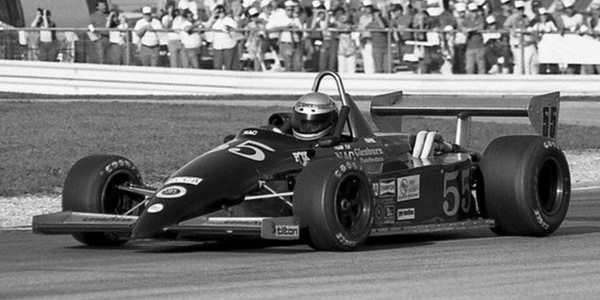 West of the Rockies, Stefan Petroff Industries (SPI) sponsored, organised and competed in the SPI Formula Atlantic Championship. Ken Baca and Stuart Miller were charged with promoting the series and delivered $500,000 of prize money from SPI for the 1987 season. SPI also ran a pair of cars for Parker Johnstone and Jon Beekhuis. The title race was won convincingly by Johnny O'Connell, who had moved into Atlantic after a disappointing season Formula Super Vee, but only after a strong challenge from former ski racer Dean Hall. O'Connell reinforced his reputation with a dominant win over ECAR champion Calvin Fish at St Petersberg in November. Hall was straight out of Formula Ford and his strong challenge for the title marked him as a future star in the category.

After the end of the 1987 season, SPI pulled out, leaving Paul Cava and Tim Fortner to organised a West Coast Formula Atlantic series for 1988 through their Cava-Fortner Sports Management Inc . As before, the series was sanctioned by the SCCA.

RK Smith's win in the Swift DB4 at Portland in September 1987 was not only the first ever Pro win by an American car in this category of racing, but was the first by anything other than a Ralt or a March since 1978 and the first by a car not built in England since Brian Nelson had won at Sebring in October 1970 in a Crosslé built in Northern Ireland.

In 1987, three different categories were competing to be the main route to CART. Of these, Formula Atlantic remained the most junior, with Autosport's Dan Layton estimating that a budget needed to be successful in Formula Atlantic was about half that needed for Formula Super Vee or ARS.