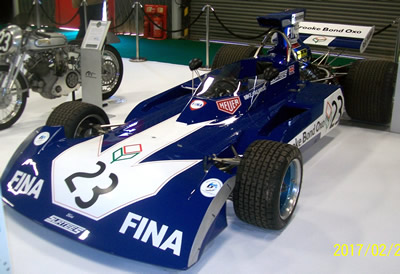 One of the two Surtees cars - the TS14. Copyright Richard Jenkins 2017. 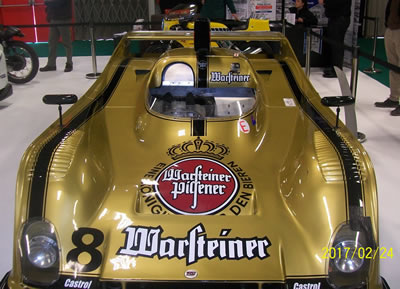 The annual Race Retro event at Stoneleigh Park, near Kenilworth in Warwickshire has long been one of www.OldRacingCars.com’s favourite events.

The combination of both timing (being one of the year’s earliest meeting points) and geography (perfect for the Midlands, the Southern North-West and the Home Counties and North London) added to the fact you have both ultra-sleek professionally run stands and somewhat ramshackle heaps of hidden treasures in the Autojumble concoct a great mix that is looked forward to by many.

However, this year was a crucial year for Race Retro. Aside from it being the 15th anniversary of the show this year, it once again had fighting for its attentions, the Historic Motorsport International show in London; and the organisers didn’t disappoint.

It’s been three long years since I’ve last been at RR; 2015 saw my eldest child’s 5th birthday fall on Race Retro day itself. Requests to her that what could be better for a 5th birthday celebration than looking through old photos hoping to find a picture of Formula 3000 backmarker Jacques Goudchaux fell on deaf ears.

2016 also saw the extremely inconvenient fact that my better half was 37 weeks pregnant and about to give birth. Thankfully my third – and last – decided to hang around for a week-and-a-half and therefore will not clash with Race Retro in the future. That’s my boy!

I remember RR 2014 being very cramped. You had to breathe in to properly look at some of the stalls and if you wanted to enjoy the interviews on stage you had to fight for room for those who had no interest in the goings-on, but simply wanted a seat to eat their hotdogs. 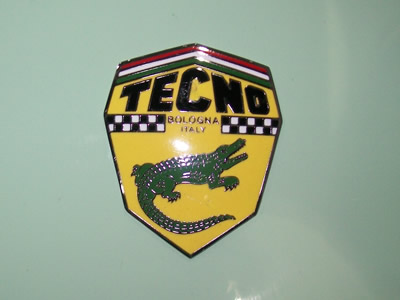 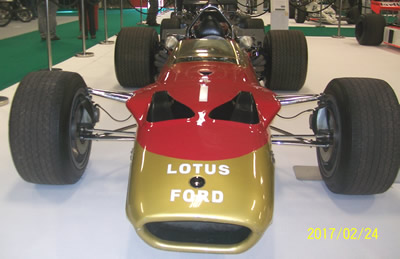 This has all changed. Although there are (noticeably more) stalls’ serving food; the actual main food and drink section is in a new, purpose built area. Whether it is that effect, or the linkup RR had with MotorSport this year, the fact that the interview stage had dedicated seating, yet still wasn’t in the way of anyone was impressive.

The stalls had so much more room as well. Maybe this is because some exhibitors have gone to HMI, maybe it’s because RR is more organised. No matter; it worked perfectly. More room to browse, more room to socialise and for the stallholders, more footfall. Those who stayed loyal to RR, I would imagine, have reaped the rewards.

If one was being overly pedantic, the key feature of ORC is single-seaters and bar Motorsport’s Hall of Fame which featured the Williams FW08, two Surtees Formula 1 cars and a Vanwall, amongst others, there were a lot less single-seaters in the other two main halls. But that’s a murmur of disappointment from a very specifically-orientated person. Overall, for the general motorsport fan, the range was excellent. Aside from the single-seaters, there were plenty of sportscars, touring cars, rally cars and motorcycles, ranging from the recent Bentley Speed 8 of this year’s guest Tom Kristensen to a D-Type Jaguar. There were also cars as diverse as drag racers and sprint cars on show.

Certainly the aforementioned linkup with Motorsport enhanced the show. Two copies of a magazine that sells for £4.99 each in the shops for just £1 was an unexpected bonus. The magazine had gone to great efforts and expense to heavily promote and support this year’s RR and it mutually lifted the experience for both casual and keen motorsport fan.

Although ORC.com’s main enjoyment is the social aspect of meeting old friends and new faces, it is worth mentioning for those who are interested in coming to the event in 2018 that RR has put a lot more effort into the experience itself. The chance to drive classic cars for 10 minutes around the agricultural centre surely has to be an enticing one.

More photos to enjoy below; 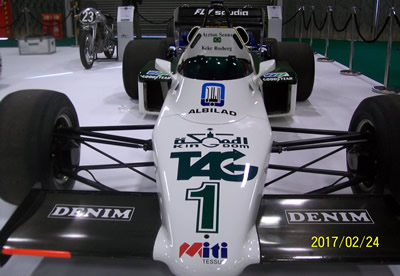 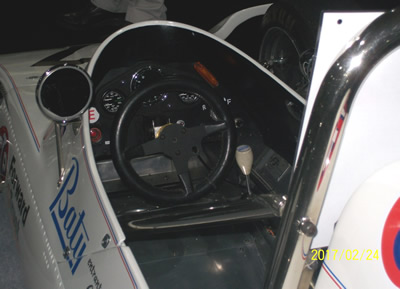 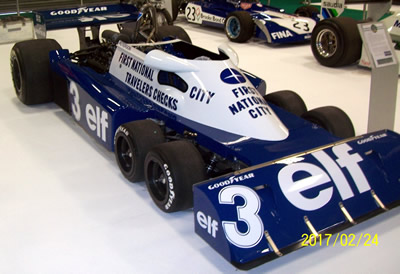