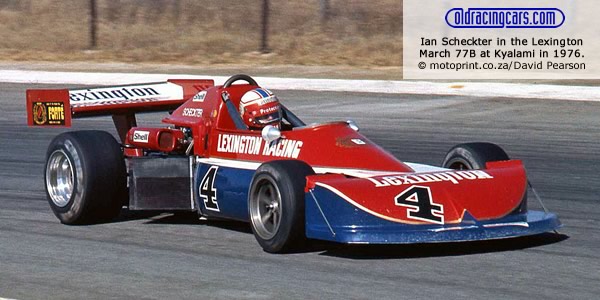 After many seasons of Formula 1, the South African national championship moved to Formula Atlantic for 1976. As the Springbok season started in January, this immediately became an important market for the British constructors to showcase their new cars before the larger US market finalised its buying decisions. This tended to be a March v Chevron battle and March won. In the first two seasons, overseas stars included Bill Brack and Gilles Villeneuve from Canada and Rupert Keegan from England but after Derek Bell's very brief foray in 1978, the series went back to being an entirely domestic affair.

The 1978 and 1979 seasons are very curious as the 1978 season ended in May after just eight races and new season began in October. This was due to run through to May 1979 but was later extended to end in December. May 1979 marked the end of normal Formula Atlantic in South Africa as the cars changed to using domestically-produced engines instead of the BDA.