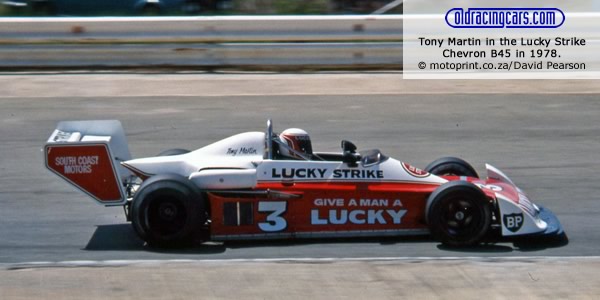 The third season of Formula Atlantic started by following a similar trend: Ian Scheckter went to Europe and bought the best available car and then won the opening race of the season from pole position. Competition could be expected as usual from Roy Klomfass but he had left Team Gunston and was now driving the Team Uniewinkels March 77B, as driven in 1977 by Rupert Keegan and then John Gibb. His seat in the Gunston-liveried March 77B was taken by Trevor van Rooyen who had made his name beating Nigel Mansell to the 1977 RAC British Formula Ford title. Tony Martin remained committed to Chevron and bought one of the few Chevron B45s to leave the factory but could not compete with the three leading Marches.

For once there was dramatic tension. After six races, Scheckter led by just three points from Van Rooyen with Klomfass seven points further back, but a dominant win in the penultimate race sealed a third successive title. This time the season was completed in May, before the South African winter, and a new season would begin in September.