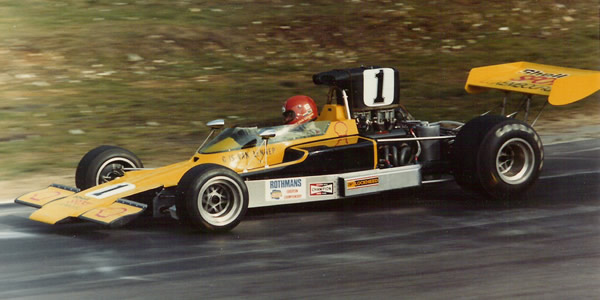 Formula 5000 evolved out of a tradition in Britain of Formule Libre cars using redundant F1 chassis with large, powerful and reasonable inexpensive American V8 engines. The most famous of the pre-F5000s was actually a custom-built car, the Kincraft, which had dominated British libre racing in 1966, 1967 and 1968 but by the end of that period there were at least ten other such cars running in British libre using Chevrolet, Traco-Oldsmobile or Ford Shelby Cobra engines.

The final trigger for the introduction of the category was the success of the SCCA's Formula A in 1968, which had attracted the attention of UK constructors Lola and McLaren, ensuring a reliable supply of purpose-built cars. John Webb, the highly influential boss of Motor Circuit Developments (MCD), operators of Brands Hatch, Mallory Park, Snetterton and Oulton Park, and Nick Syrett of the British Racing and Sports Car Club (BRSCC) organised a series of races for 1969 and secured sponsorship from the Carreras/Rothmans tobacco group through their Guards brand.

Although one of the most famous and fondly-remembered categories of motor racing, the F5000 championship lasted for just seven year in the UK, from the start of 1969 to the end of 1975. For a futher two seasons, the F5000 cars were part of a Group 8 championship including F1, F2 and Formula Atlantic cars, but the cancellation of the US series at the end of 1976 meant that no new F5000 cars were being built. The UK Group 8 championship morphed further into the Aurora AFX championship for 1978, when F5000 cars were excluded. The remaining F5000s continued to race in hillclimbs, sprints and libre racing until 1984, when they became eligible for historic racing. They have been a popular element of the HSCC's Derek Bell Trophy since 2001.

Not all the results are complete: entry lists, results sheets, details of non-starters, grid sheets or details of qualifying are needed for a number of races. These are detailed in the individual season pages. Please get in touch if you have any additional details from these races.