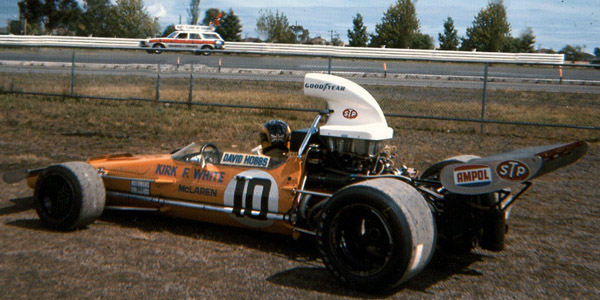 Two of the main contenders from the 1971 Tasman, New Zealand's Graham McRae and Australia's Frank Matich, had been McLaren customers who were caught out when McLaren proved incapable of producing a successor to the M10B. Both decided to create their own cars: McRae through partnership with Len Terry's Leda Cars in England, and Matich by building a car that merged his ideas about developing his own M10B with his successful sports car. As well as these two prototypes, Lola, McLaren and Surtees all sent official entries: reigning UK champion and Lola development driver Frank Gardner with the first production Lola T300, reigning US champion David Hobbs in a development McLaren M18/M22, and Mike Hailwood, who had to make do with a rapidly converted F1 Surtees TS9. "Mike The Bike" had been runner up to Gardner in the UK series and had been due to race the new Surtees TS11 but wrote it off in testing.

McRae took pole at the first race, the New Zealand GP, from Gardner and Hailwood, and led until he had to pit to fix a gear selector, leaving Gardner to pull away to win. McRae made amends at Levin, winning from pole with Matich in second place while Gardner crashed heavily, wrecking the Lola and putting him out of the next two races. McRae dominated again at Wigram, with this time Hailwood finishing second, the only driver who could stay on the same lap as the flying Leda. Rain disrupted Teretonga, where both McRae and Hailwood crashed, and Kevin Bartlett won in his McLaren M10B.

Both Gardner and Hailwood had their cars rebuilt on new monocoques for the Australian half of the series, and Matich had revamped his A50. Matich took pole and led at Surfers Paradise, but spun, allowing McRae to go past for his third win of the series, with Gardner second. Matich was unbeatable at Warwick Farm, his home track, winning from Gardner again, and also took pole position for the Australian Grand Prix at Sandown Park. Gardner led at Sandown, but lost fourth gear and McRae swept past to take his fourth victory and clinch a second Tasman championship. Matich then secured his fourth successive pole position in the final round, at Adelaide, but was again unlucky when his gearbox seized and an on-form David Hobbs won in the McLaren.

Points table from Autosport 9 March 1972 p42, with a couple of minor mistakes corrected.

The start point for the 1972 Tasman results was Bruce Sergent's website which contains full reports on all these races. The results were then augmented by practice times and other information from other sources including Autosport and Racing Car News. Additional qualifying times have been provided by Milan Fistonic.