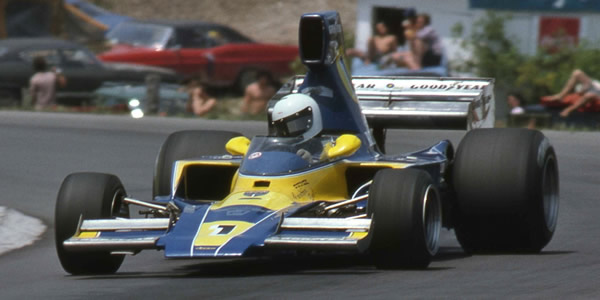 F5000 continued to benefit from USAC's involvement with a second season of the Brian and Mario Show, the continuing plot being that Mario Andretti's Vel's Parnelli Lola T332 was fractionally quicker but Brian Redman's Haas-Hall T332 was more reliable, and the pair again shared the victories before the Englishman retained his title. Al Unser joined the VPJ team and became the closest challenger and only other race winner.

The Shadow team joined F5000, now that the SCCA had killed off Can-Am, and reigning Can-Am champion Jackie Oliver was highly competitive in the new F5000 Shadow DN6, but Bobby Unser had the opposite experience in the Eagle 755 and left AAR, to be replaced by Vern Schuppan. New Tasman champion Warwick Brown went well in the McRae-based Talon, and John Cannon worked wonders in a bitza March.

Promoters were now paying much more attention to F5000, and the Long Beach Grand Prix in September was televised nationally. Could this be the foundation for a long and successful history for the formula?

The 1975 US Formula 5000 results were collated by Chris Townsend using reports from Formula and Competition Press & Autoweek. Further information has been added from entry lists, qualifying sheets and results sheets. Wolfgang Klopfer has been a tremendous source of information on this series.