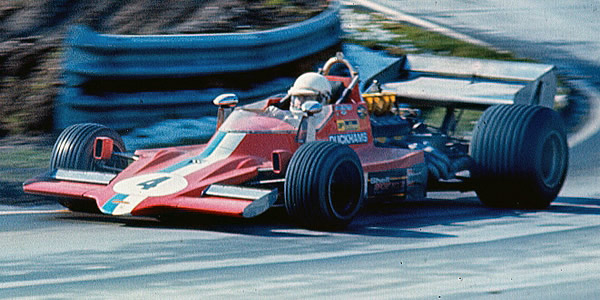 ShellSport took over the sponsorship of the series after Rothmans' withdrawal, and the prize money was increased. The administration of the series was taken over the Motor Racing Consultants, and the hope here had been that MRC's experience of F3 across Europe would encourage more race organisers to look again at F5000. Unfortunately for F5000, the race they looked at was the Zolder race in April, where only six cars finished each of the two heats, and really only four of those were remotely competitive. It was not a great advert for the formula. In England, too many of the F5000 races were held on short tracks, and F1 was no longer interested in having F1/F5000 races. Spectators were staying away, and the racing was generally poor, so there was little option but to pull the plug. It would be replaced by a "Group 8" series for 1976 - effectively Formule Libre.

Ian Ashley was leading the championship at the beginning of August when his sponsor Richard Oaten paid for him to race for the Williams team in the German Grand Prix. Unfortunately, he crashed heavily in practice, badly injuring his ankles, and although he returned to F5000, his lead melted away and he finished fourth in the championship. The two VDS Lola T400s of Teddy Pilette and Peter Gethin overtook Ashley and finished 1-2 in the championship, the Belgian taking advantage of Gethin's apparently lack of enthusiasm for British club circuits.

Two other successful cars in 1975 with two race victories each were David Purley's F2-based Chevron B30 and Alan Jones' RAM Racing March 75A, both of which used the 3.4-litre Cosworth-Ford V6 engine from the Group 2 Capris.

The British Formula 5000 results were compiled by Chris Townsend in 2002 using the main British magazines Autosport and Motoring News.