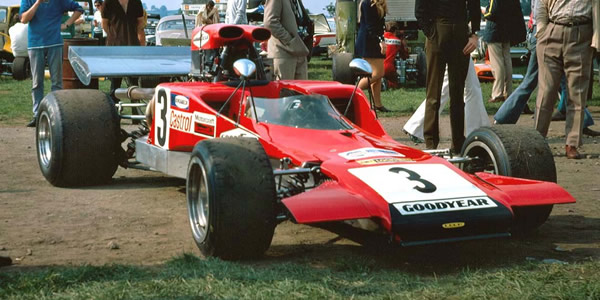 The three main F5000 constructors had new cars out for 1971, but fared very differently. The previously dominant McLaren-Trojan operation introduced a new McLaren M18, but it was not as quick as the M10B, and proved a major setback. Surtees had much more success with their new model, the Surtees TS8, and Mike Hailwood took pole position at each of the first four races. The Lola T192 was more evolutionary, incorporating Frank Gardner's developments of the T190 into the production cars, and proved very competitive in Gardner's hands, the Australian taking three early wins. In August, Lola introduced the prototype Lola T300 for Gardner to drive, and from then on he was comfortably fastest, beating Hailwood to the title by a massive margin.

Lotus made no headway at all with their Lotus 70, and Len Terry's Leda LT25 achieved no more than the dreadful LT20 and LT22. New Tasman champion Graham McRae wrote off his new McLaren M18 so went back to developing his ageing McLaren M10B and won three races, giving him ideas for his own car.

08 May 1971 > International Trophy at Silverstone

The British Formula 5000 results were compiled by Chris Townsend in 2002 using the main British magazines Autosport and Motoring News.