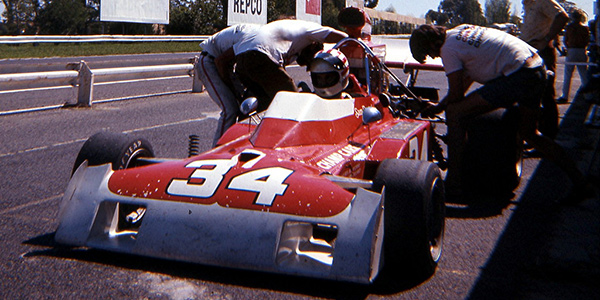 The International entry for the 1973 Tasman series was significantly thinner that the previous year. Sam Posey, who had finished second in the US L&M series behind McRae was the only major North American entrant with his Surtees TS11, and the British contingent was limited to just Steve Thompson, in the ex-Brian Redman Chevron B24, and Alan Rollinson with a brand new production McRae GM1. Having won the Tasman and US series in 1972, and not been far away from winning the British series, Graham McRae was favourite to win, and he had the new McRae GM1 that he had used at the end of the British season. Local competition would be led by Frank Matich in the Matich A50, and John McCormack in the Elfin MR5, both using the same cars they had raced 12 months previously. The newest cars on display were the Lola T330 of Max Stewart and the two McRaes, a marked difference from the three works teams that had come to the 1972 series.

McCormack won the opener, but McRae then won at Levin and Wigram before Rollinson won at Teretonga. As usual, Matich was much stronger in the Australian races, and won from McRae at Surfers Paradise, then Steve Thompson won by a mile at Warwick Farm. McRae tied up the title by winning the Sandown Park Cup, and John McCormack secured second in the title race by winning narrowly from Rollinson at Adelaide.

Points table from Autocourse 1973/74 p185, which gave the first 12 names, plus Smith and Cooper added for their sixth place finishes.

The start point for the 1973 Tasman results was Bruce Sergent's website which contains full reports on all these races. The results were then augmented by other information from sources including Autosport and Racing Car News. Practice times were provided by Wolfgang Klopfer from Motoring News.