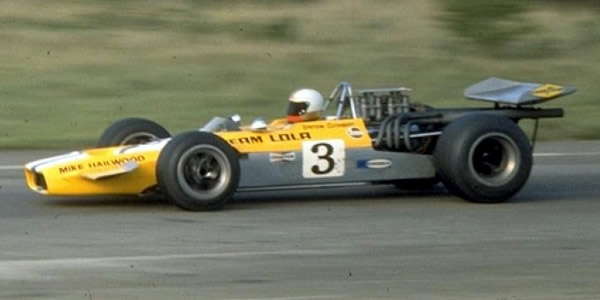 Peter Gethin was back to defend his title using a new McLaren M10B entered by Sid Taylor. The car had been built up at the McLaren factory using a slightly lower mounting position for the engine, but otherwise the M10B was identical to the M10A. Lola's Mike Hailwood and Frank Gardner struggled with the new monocoque Lola T190 until Gardner developed a longer wheelbase version. Surtees' UK challenge faded, despite success in the US, and neither Lotus nor Leda had any luck in the UK.

After winning eight of the first 12 rounds, Gethin was promoted to the McLaren F1 team to replace its departed founder, and Reine Wisell took over the Taylor M10B, winning another three races and ensuring nobody could stop Gethin taking a second title. Howden Ganley in a similarly modified M10B finished consistently on the podium to take second in the championship.

The British Formula 5000 results were compiled by Chris Townsend in 2002 using the main British magazines Autosport and Motoring News. All programs for 1970 have now been located, but qualifying times are still missing for Anderstorp 28 Jun 1970 and Salzburgring 12 Jul 1970.