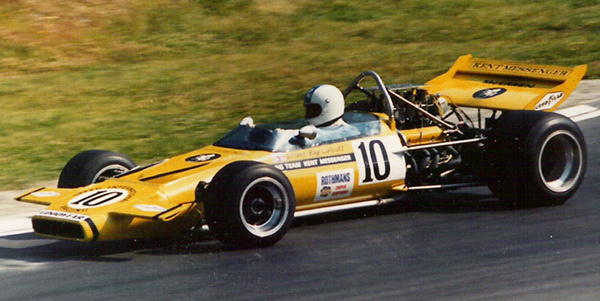 Formula 5000 cars by constructor and model

Formula A, or Formula 5000 as it soon became, boomed when 5-litre stock block engnes were allowed in 1968. Lola, Eagle, McLaren and Surtees built cars for the new formula and they would later be joined by the other major racing car constructors of the period, Lotus, Cooper, Chevron and March. McRae and Trojan also built winning cars during the peak of the formula's success.

Most of the cars were built in England but Eagle built their highly-successful 1968-69 range in Santa Ana, California and the LeGrand, McKee, Eisert and Vulcan cars were also built in the US. Matich and Gardos were built in Australia, Begg in New Zealand and Crosslé in Northern Ireland.