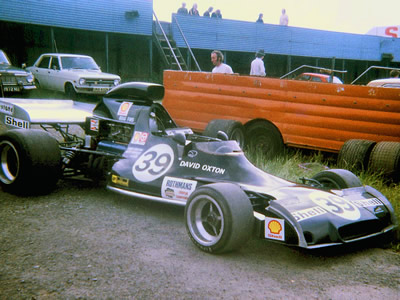 New Zealand engineer George Begg was one of the first car builders to adopt F5000, fitting a Chevy V8 to one of his cars as early as June 1968. For the 1969/70 domestic season, the first to F5000 rules, Begg and Fred McLean built a pair of Begg FM2 F5000 cars; a fashionably wedge-shaped monocoque. With a young Graham McRae at the wheel, the car proved surprisingly competitive in its early outings.

A more sophisticated FM4 appeared for the 1970/71 season and Begg kept up their momentum with the FM5 design for the 1972/73 season, one car appearing in UK events with David Oxton. McLean then left the firm and Begg produced just one more car, the 1974 '018' design before George Begg decided to retire in 1976. George died in April 2007, still very high regarded in his native country.

All and any further help would be gratefully received. Please e-mail Allen at allen@oldracingcars.com if you can add anything. 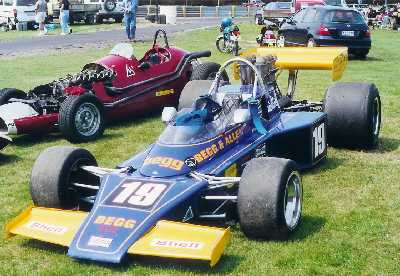 A previous version of this page said that two FM5s were built, which is true, but not the whole story. Begg's FM2, FM3 Formula Fords, FM4 and FM5 cars were given the FM prefix for Fred McLean, who built the cars and was one of the key members of the Begg team until he left in 1973 when the rest of the team set off to compete in the British F5000 season. McLean then approached Allan McCully and offered to build a F5000 for him. This car would be called 'FM5', just as the Begg FM5 had been, and followed essentially the same design, but with a strengthened tub, revised top body section, and changes to the suspension. The car was built up by McLean and completed at the workshops of PDL, McCully's sponsor. McLean and McCully regarded this car as a FM5, not a Begg FM5, and it was entered as such. At a later point, the car started to be regarded as a Begg FM5, but exactly when this happened is still being explored. This car was being raced by Lindsay O'Donnell in 2012.

The principal sources for these histories are: "A Classic World & When the Engine Roars" by George Begg and "Historic Racing Cars of New Zealand" by Graham Vercoe.