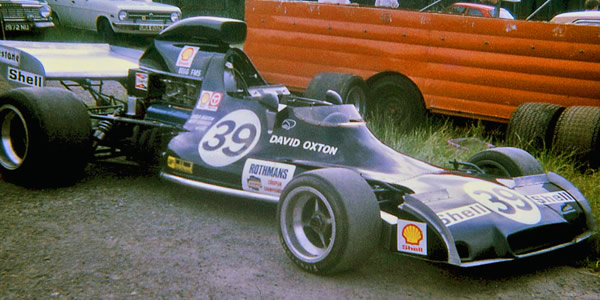 A completely new F5000 Begg design for 1973, the Begg FM5 was built by Fred McLean and followed the design of the McRae GM1. The FM5 was driven by David Oxton in New Zealand, Australia and Britain, and a second car to this design was later built by McLean for Allan McCully.

George Begg had signed David Oxton to drive for his team in the 1972/73 New Zealand season, and he and Fred McLean started work on a new design. Begg had a good relationship with Graham McRae, whose Leda LT27 design, now renamed McRae GM1, had won races in the Tasman, British and US championships during 1972, and Begg bought various parts from McRae after the 1973 Internationals, including a nearly-new Morand Chevrolet and a set of GM1 fuel tanks. The curved tanks of the McRae, inspired by the BRM P153 and McLaren M19 F1 designs, gave the McRae its “coke bottle” shape, and pretty much dictated that the FM5 would have the same shape. The rest of the car was orthodox in design, but required great ingenuity from McLean as he could not buy components off the shelf as English constructors could. Front wheels and some other components were supplied by another Kiwi, Phil Kerr, then working at McLaren.

After dominating the opening rounds of the New Zealand Gold Star, followed by some encouraging performances in the New Zealand Internationals, Begg decided to take his team to England to run Oxton and the FM5 in the British F5000 series. McLean did not go with Begg, choosing to leave the team and set up his own business. He took over the part-built second FM5 chassis and built that up as a separate car for Allan McCully, dropping the ‘Begg’ part of the name.

Both cars are still in running condition today and are still in New Zealand. The Begg FM5 is in the Southward Motor Museum at Paraparaumu, and the McLean FM5 is regularly raced by Lindsay O'Donnell of Christchurch. If you can add anything to our understanding of these cars, please contact Allen Brown (allen@oldracingcars.com).

The Begg FM5 at the Classic Speed Fest at Teretonga in February 2007. Copyright Kevin Thomson 2016. Used with permission. 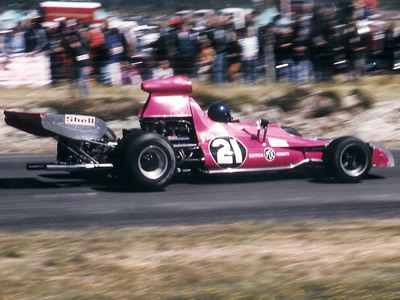 Allan McCulley in the FM5 at Teretonga in 1974. Copyright Kevin Thomson 2016. Used with permission. 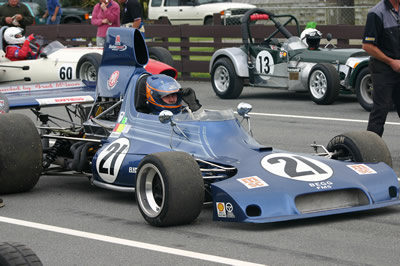 Lindsay O'Donnell in his FM5 at the Classic Speed Fest in 2006. Copyright Kevin Thomson 2016. Used with permission.

Built new in 1973 by Fred McLean for Allan McCully. The monocoque was built alongside the Begg FM5 as a spare tub, but was still incomplete when Fred McLean left Begg in June 1973, taking it with him. Built up by McLean in his own workshop and completed by him at the workshops of PDL, McCully's sponsor. McLean and McCully regarded this car as a FM5, not a Begg FM5, and it was entered as such.

George Begg's book 'A Classic World', published in 1990, has been the principal source for this abbreviated story of the Begg FM5. I am grateful to the McCully and McLean families for information about the second car, which is not mentioned in Begg's book. Thanks also to Stuart Dent and Kevin Thomson for permission to use their photographs.