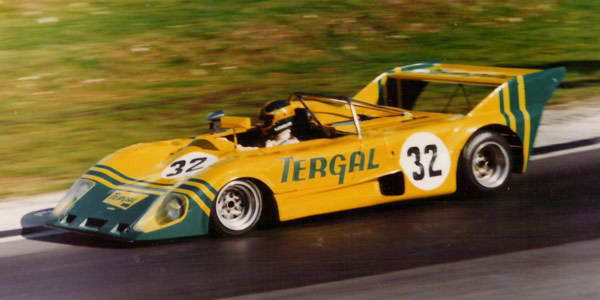 For a period in the early 1970s, sports car racing developed its equivalant of Formula 2, in the European 2-litre Sports Car Championship. Although this category declined very sharply after the middle of the decade, the series produced some of the most exciting and most high-profile racing of the 1970s. Established sports car makers such as Abarth and Porsche fought against British constructors Lola and Chevron, with the British having a significant numerical advantage thanks in part to their Cosworth-Hewland 'kit-car' construction. Chevron and Lola won the first two seasons but Enzo Osella, inheriting the Abarth racing team, fought back against the British tide and won the 1972 championship. Lola won again in 1973 with the classis Lola T292 before Alpine-Renault dominated the 1974 season, shattering its opposition, and then promptly withdrew, leaving nothing remaining as a basis for 1975. So the series died after just six seasons.