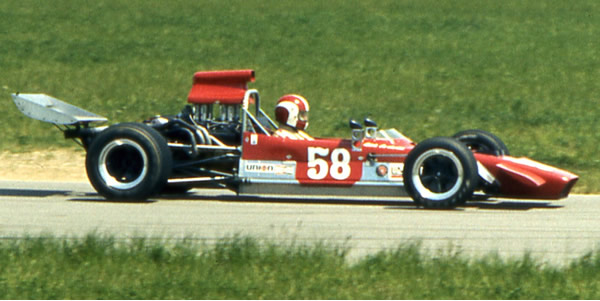 Dick DeJarld in the Mk 18 at Michigan in 1973. Copyright Mark Windecker 2005. Used with permission.

The McKee Mk 18 was a new monocoque F5000 design built for regular customer Dick DeJarld for 1972. After a very low-key F5000 career, it was transformed into a strikingly ugly Can-Am car for Robert Goulet in the 1980s before being rescued by McKee and restored for historic racing.

Having raced a McKee Mk 12 from 1969 to 1971, Dick DeJarld commissioned Bob McKee to build a monocoque F5000 car for 1972. The resulting Mk 18 used the same suspension as the earlier car, but was squarer in appearance and can easily be distinguished by its square forward-braced rollover hoop. Dick DeJarld entered the car in a number of pro F5000 races during 1972 but did not actually appear, restricting his known outings to SCCA Nationals, where Central Division could still muster reasonable Formula A fields. He made one Pro outing in 1973, but could not qualify from the heats at Michigan International Speedway. DeJarld raced the car until the end of the 1975 season when he sold it to fellow McKee enthusiast Ed Midgley to replace the Mk 12 that Midgley had stuffed into the barrier at Blackhawk Farms. Midgley ran the car in SCCA events, and it was also raced by Jerry Hansen at Blackhawk Farms in August 1976, where Hansen gave the Mk 18 its only known race win. Midgley crashed the Mk 18 at Wentzville during 1976, damaging the nose, and requiring a conversion to a sportscar-style nose.

Once DeJarld and Midgley had repaired Midgley’s Mk12, the Mk18 was sold to Bob Goulet who fitted a Chevron B24 nose acquired from Dan Johnson and raced the car in Formula A until the end of the category in 1978, when Formula A was merged into A Sports Racing (ASR). Goulet ran the Mk 18 in the very last Formula A race, the 1978 SCCA Runoffs, finishing sixth. Goulet rebodied the car for ASR with shockingly ugly bodywork, and entered it in Can-Am races in 1980, but the contraption was black flagged at Road America and failed to start at Brainerd. Goulet also participated in the Road America and Edmonton Can-Am races in 1981, but was well towards the back of the grid. He then renamed it the “Sabre 001” and it was entered by Sunbury Racing when it reappeared in Can-Am in 1983 for a couple more very slow outings. Goulet was slowest in practice at Road America, some 25% slower than the pole-sitting Porsche 956, and was lapped eight times. He was then the slowest starter at Mosport Park 35% slower than Michael Roe's VDS. As Can-Am declined to the level of club racing, Goulet did a full season in 1985, but was lapped 15 times by Horst Kroll at Mosport that June. It was rare that season for him not to be slowest qualifier.

Goulet bought a slightly newer Frissbee-Lola for 1986, and the well-used McKee was bought back by Bob McKee, and prepared for Bill Scott to race at Hallet's inaugural CAT race in October 1986. Scott qualified ninth, well up amongst newer cars, and finished seventh. Scott showed up the competition by finishing third in the CAT race at at Willow Springs in May 1987, albeit four laps behind the leading pair of ex-Indycars. At this point the car’s indignities were finally over, and it was acquired by McKee enthusiast Tom Simpson and restored to original specification. Tom runs a register of McKee cars and organised the first McKee Reunion at Road America in 1990, and raced the Mk 18 and his Mk6 sports car in vintage events.

Please email Allen at allen@oldracingcars.com if you can add anything to this history. 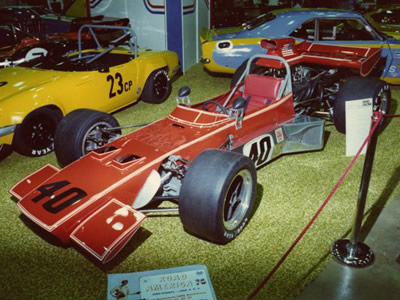 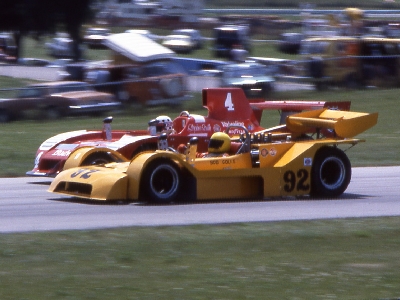 New for Dick DeJarld (Joliet, IL) in 1972, and raced in SCCA Formula A events. Appeared at the Michigan Pro F5000 event in 1973 but did not qualify from the heat. Raced by DeJarld until sold to Ed Midgley (Geneva, IL) for 1976, when it was also raced by Jerry Hansen at Blackhawk Farms. To Robert Goulet (Wauwatsoa, WI) for 1977, and raced in SCCA Formula A. Goulet converted the McKee to sports car bodywork for 1979, appearing at Brainerd in July that year in the ASR class. Raced in Can-Am in 1980 and 1981, then renamed the "Sabre 001" for Can-Am again in 1983, and again in 1985. To Bob McKee and raced by Bill Scott in CAT races in 1986 and 1987. Then restored to its original specification for new owner Tom Simpson (Peoria, IL), and used in vintage racing, appearing at the Chicago Historic Races at Road America in 1988. It ran alongside several other McKee cars in historic races at Road America in the early 1990s, and also ran at HSR Mid-Ohio in August 1993. After a 20-year gap, Simpson ran the Mk 18 again in historic events in 2006. Appeared at Road America in July 2015, July 2016 and July 2017. Raced at VARAC Mosport Park 16-17 June 2018, and the WeatherTech International Challenge at Road America in July 2018. 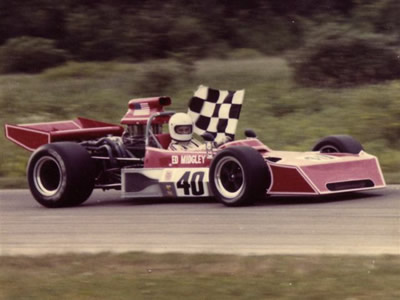 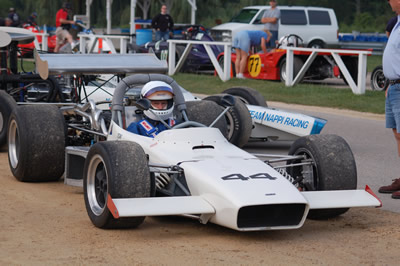 Tom Simpson brings the Mk 18 out again for a race at Blackhawk Farms in August 2006. Copyright Paul Dudiak 2006. Used with permission.