The three Lola T430s lined up in chassis number order at Christchurch in October 2007 following the reconstruction of HU2. Copyright Warbirds Photography 2007. Used with permission.

After the flop of the T400, Lola's customers only wanted an updated version of the T332 for 1976 and Lola only managed to sell two of their new T430 design, with a third car being kept as a spare by Carl Haas in the US.

Formula 5000 stumbled into 1976 with the European series moving to a libre format and the US series, even with addition of VDS and Theodore, well down on numbers. Orders for Lola were also well down, excerbated by the problems with the T400, and only VDS were shopping around. VDS tested Broadley's development Lola T450 fitted with a Chevrolet Morand engine at Ricard and ordered two. The production T430 was based directly on the T360 Atlantic chassis, featuring a very narrow tub, twin side radiators and T332-style suspension geometry. Essentially, Lola had built a smaller version of the successful T300/330/332 design. Carl Haas, meanwhile, ordered new T332Cs for his team and customers. The T332C would easily outsell the T430.

VDS raced their pair through the US season but were not really competitive and Redman's Haas Racing car spent much of its season in the transporter, testing often but not racing. Lola would produce F5000-style cars for three more seasons in Can-Am but would base them on the Haas T332C design. The VDS T430s went to Australia where Warwick Brown dominated the 1977 Australian Internationals in one and its sister would also dominate the 1979 Rothmans series in Alfredo Costanzo's hands. One car was wrecked in 1978 but later reconstructed and all three are now racing together in New Zealand.

Thanks to Shayne Windelburn, Wolfgang Klopfer, Chuck Haines and David Abbott for the material used in these histories and to Tom Schultz and Alex Mitchell of Warbirds Photography for the outstanding images used on this page. 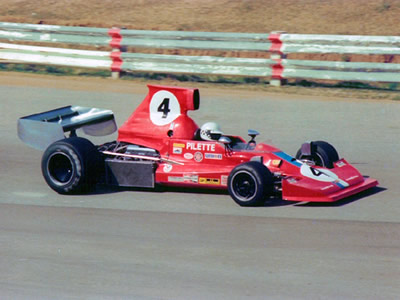 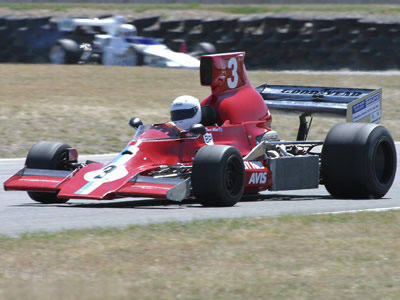 David Abbott's T430 HU1 at Skope, New Zealand in 2003, still with the T332-style nose that it had used in Australia. Copyright Warbirds Photography 2003. Used with permission. 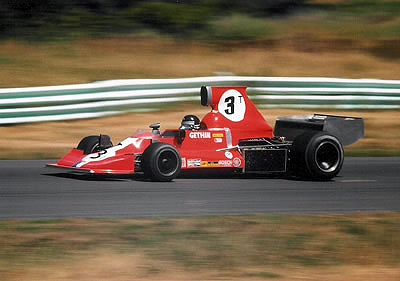 VDS spare car US 1976 (raced by Peter Gethin: 3 races; Warwick Brown: 2 races); VDS for Warwick Brown Australian Internationals 1977 (won at Oran Park and Surfers Paradise, crashed in practice at Sandown Park, second at Adelaide) - Alan Hamilton (Australia): Australian Gold Star 1977 (debut R1 Surfers Paradise 28 Aug 1977); Australian Internationals 1978 (driven by Derek Bell at Oran Park); crashed at Australian GP 1978 and broken in half. All the surviving running gear from the wreck stayed with HU1 through various owners until reaching David Abbott in New Zealand in 2005. Over the next two years David, with Alan Hamilton's agreement, recreated this car and it first ran, with Hamilton driving, at Christchurch in October 2007. Raced by Abbott in the Formula 5000 Tasman Cup Revival at the Australian GP meeting 28 Mar 2009. Raced by Abbott at Hampton Downs Jan 2012 and at the Phillip Island Classic Mar 2012. Raced again by Abbott in the 2012/13 Tasman Revival series, at the Skope Classic in 2014, the Gulf Oil Howden Ganley F5000 Festival in 2015, and the Skope Classic in 2015. 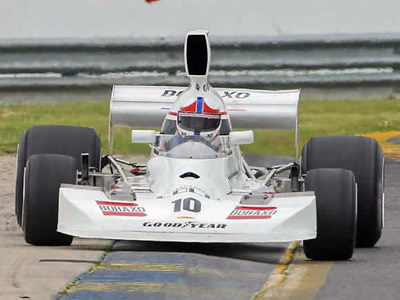 Haas Racing spare car for Brian Redman US 1976 (qualified 4th at Road America but not raced during the season). Duane Smith (Milwaukee, WI) and used in SCCA Formula A in 1978. Converted to Can-Am specification and raced in a handful of Can-Am races in 1979 and 1980 by James Woodruff (Ravenna, OH), better known as guitar maker "Woody James", who died in 2015. The car evidently returned to Duane Smith, as it was sold by him to Chuck Haines (St Louis, MO) in 1988. To Todd Stewart (Christchurch, NZ) late 2002 and won on its historic racng debut in the 2003/04 F5000 Tasman Cup Revival series race at Sandown Park Nov 2003. Raced by Michael Schryver in the Skope Classic at Ruapuna Park Feb 2006. David Abbott reports that Stewart still has the car in Sep 2013 but does not race it. 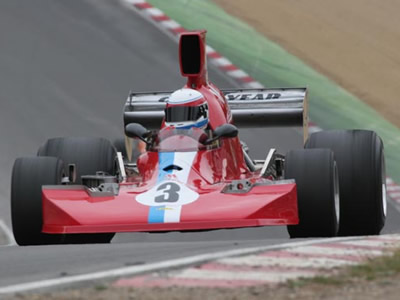 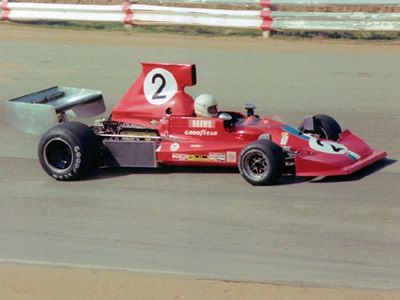 Lola invoice records show this car going to VDS. Tom Erwin's notebooks identify HU2 as the VDS T-car at Watkins Glen carrying both 3T and 4T but racing as 3T. The 1978 Surfers Paradise program has detailed notes on the cars and states that HU2 was Brown's 1977 car and Hamilton's 1977 Gold Star and 1978 Sandown Park car, mentioning also that HU1 is "still in bits". The F1 Register also identify HU2 as the car used by Hamilton in 1977 and 1978 but also as the Costanzo car after Hamilton's accident. The March 1979 edition of Chequered Flag Magazine says the car wrecked in Hamilton's crash was HU2 and the spare car then built up was HU1. The 1980/81 Australian Motor Racing Year confirms that Hamilton had a "fearful crash in one of his two Lola T430s..., but the spare car was being rebuilt...". 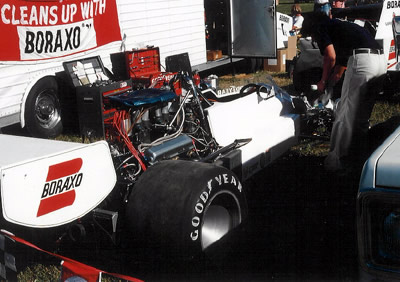 The Haas Racing T430 HU3 gets some rare attention during the 1976 season. Copyright Tom Schultz 2005. Used with permission.

Tom Erwin's notebooks identify HU3 as car 1A for Redman at Watkins Glen.