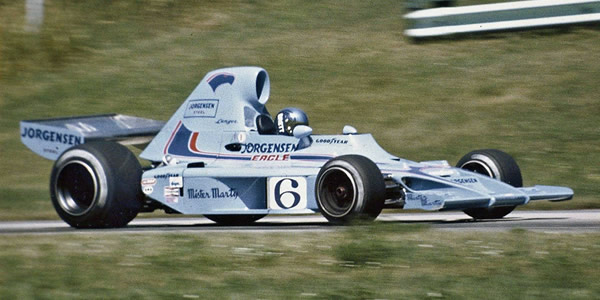 The Eagle 74A was built for Formula 5000 in 1974 and the two AAR team cars were driven by Brett Lunger and Elliot Forbes-Robinson. A further car was entered by Francisco Mir. Four cars were built, including a 1973 prototype.

Despite the success of the 1968-1969 Formula A Eagle, AAR did not return to the formula for another five years. The intervening period had seen Gurney's team go from the success of the classic 1968 Indy Eagle and their F1 operation through withdrawal from F1, considerable struggles with their 1969 and 1970 Indy designs and then the huge success of the 1972 Indy Eagle, one of the most successful Indy car designs of all time.

With sponsorship from Indycar partner Jorgensen Steel, AAR entered a team of two cars in 1974 for the powerful pairing of Brett Lunger and Elliot Forbes-Robinson. The design had a long gestation period, initially built as a dual-purpose F1/F5000 design in 1973. A total of four cars were built, three for the AAR team and one for customer Francisco Mir. The 1973 prototype was not raced and was eventually sold as a show car. The three cars that did race were sold to amateurs and saw very little racing after that 1974 season. One car was crashed and its remaining parts consumed in the construction of a sports racing special, and one had an interesting second life as a DFV-powered Can-Am car. The whereabouts of all four cars are known.

Particular thanks to Tony Nicholson and Dick Renard for their help with these histories. Please email Allen at allen@oldracingcars.com if you can add anything. 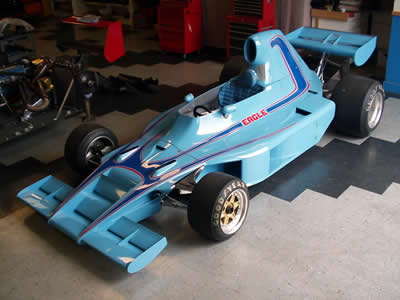 Never raced. Sold by AAR to Dan Noga Apr 1976 as a show car. To Mike Yancheck Aug 1988. Sold to Dr VJ Mallya in June 2005 and maintained by Tony Nicholson's Robin Automotive, Inc as part of the Mallya Collection. Sold in early 2013 to Frank Lyons (Felsted, Essex), also the owner of 004. On display at the American Speedfest III meeting at Brands Hatch 6/7 June 2015. Also on display at the NEC in January 2016. 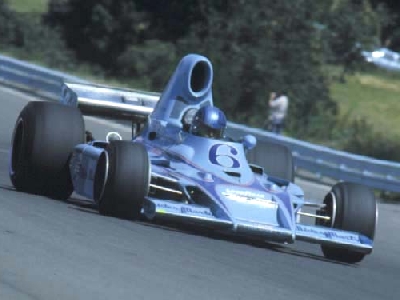 Brett Lunger in 74A002 during 1974, probably at Watkins Glen. Copyright Autosports Marketing Associates and Bill Oursler 2001. Used with permission. 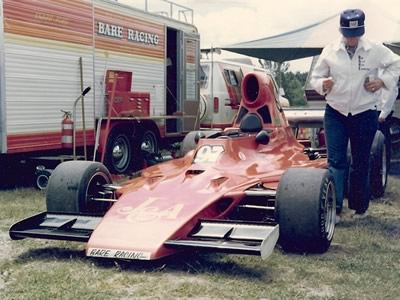 AAR for Brett Lunger US 1974 (5 races); finished second at Mid-Ohio and third at Mosport Park; crashed at Ontario and not seen again. To Bob Allen (Ripon, CA): SCCA Nationals 1975 and two rounds (Long Beach and Laguna Seca) of the F5000 series; SCCA Nationals 1976. Crashed heavily at some point, reportedly in a road accident, and parts used in the construction of Allen's 'SSE' ASR Special.

Allen appeared in 1975 with an Eagle 74A racing in SCCA Nationals and at R7 Long Beach 28 Sep 1975 and R8 Laguna Seca 12 Oct 1975. Later owner Evan McGreevy believes that the Eagle was wrecked in that October 1975 Laguna Seca F5000 race but this leaves Bob Allen's 1976 Formula A car unexplained. Allen won the 1976 Laguna Seca June Sprints in a car that appears in photographs to be the 74A. However, Allen had previously had a 68/69 Eagle and Jim Mapson remembers meeting someone 'back east' who had rebuilt a damaged 68/69 car with a 74 Eagle rear bulkhead. Could this have been an interim Bob Allen car in between the crash to the 74A and the later SSE?

For 1977, the front suspension sub-frame of the 74A and everything from the rear bulkhead back were utilised in the construction of Allen's SSE Can-Am car. Allen designed and fabricated the tub himself and ran the SSE in the SCCA's 'A' Sports Racing (ASR) category well into the 1980s. The SSE was bought by Donald McGreevy in 1988 and he was told by Bob Allen in the early 1990s that it was built using the front and rear sections of the Eagle and a tub fabricated by Allen. The Eagle 74A can therefore be considered no longer in existence. The log book for 74A002 was given to Mike Yanchek by Bob Allen in 1980. Everything that was left of the Eagle went to McGreevy in 1989: this included "some wheels, spare uprights and some duct work for the rear inboard brakes". 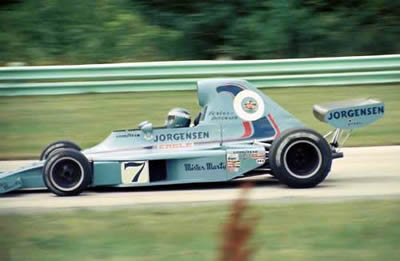 EFR in his Eagle 74A at Elkhart Lake 1974. Copyright Russ Thompson 2002. Used with permission.

By process of elimination, this must be the car sold to Peter Papke (Los Angeles, CA). Papke, who was said to have bought a works 74A, appeared at R3 Watkins Glen in June 1976 and at Riverside in October, where Don Breidenbach also drove in practice. Identified by a Luke Lundquist photo at the 1976 Riverside race as a 1974 Eagle. Papke wanted to rebuild this car as a F1 car and recruited AAR fabricator Phil Remington to make the necessary changes to the Eagle to fit a Cosworth DFV engine, Hewland DG300 gearbox and, among other updates, McLaren exhausts. Papke bought two DFV engines and had an option on the third. The car did not race in this specification but it is presumably the car entered by Papke for the Road Atlanta Can-Am race in 1979 but did not arrive.

In 1980, Papke sold the car to Dan Davis, publisher of Victory Lane, and Dick Renard who planned to go Can-Am racing and rebuilt it with bodywork bought from Al Holbert from his 1980 CAC-1 project. The finished car was called the Fox RE-5 and it made its debut at Laguna Seca in October 1981. The team only had time for a test at Sears Point and one day early at Laguna Seca so were still suffering with developmental problems during the race, notably lack of air to the front brakes and inadequate springs to deal with the downforce from the CAC bodywork. During the race, a wing support broke, leaving Renard to cruise round slowly to the flag. 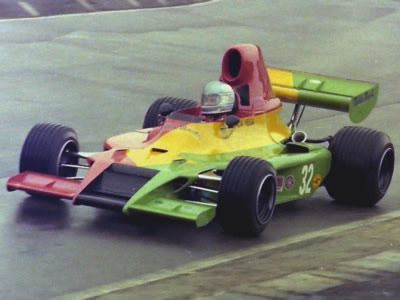 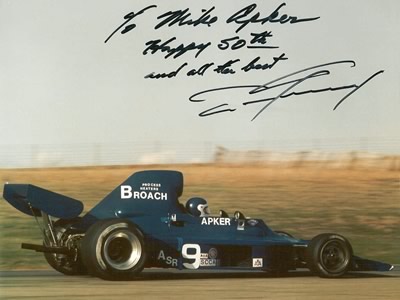 The car was next seen when purchased by Mike Apker (Berryhill, Oklahoma) from a couple in Los Angeles in or about 1977. Apker was told that the couple had financed it for a driver so that he could make them lots of money doing cigarette commercials in Canada but that did not happen and both car and driver disappeared. It took them two years to locate the car, so that probably places Apker's purchase nearer to 1979. The car was completely dismantled when Apker got it and it was 18 months before he had it on track at his local Hallett Motor Racing Circuit. He participated in SCCA regional races with the car before selling it in 1980 to the owner of the Ferrari dealership in Columbus, Ohio. He intended to race it at Mid Ohio, but no results have been found so far.

A previous version of this page showed an "Eagle 73A" owned by Dan Davis. Dick Renard's clear recollection is that Davis bought the ex-EFR 74A, not a 73A which is now seen to be entirely mythical.