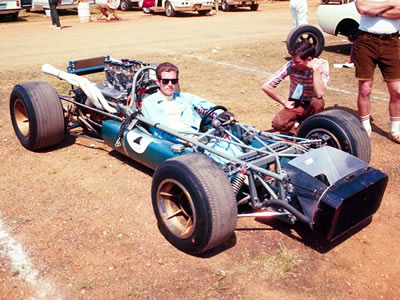 "Red" LeGrand was one of the pioneer single-seater builders in California, producing one the most successful early Formula B cars as well as a very early Formula A. The very simple straightforward designs were ideal for these early years of 'Formula SCCA' but as the competition became more sophisticated, the company found its niche in the small sports racing categories. Around 100 or so LeGrands were built during the company's history but the unknown number of kits makes this quite hard to assess.

The Mk 3, LeGrand's first Formula B design, produced as soon as the new categories came into effect, was a great success but the two Formula A designs, the Mk 7 and the Mk 11, flopped badly. The Mk 7 was too light and, despite its impressive speed, scared too many of its drivers. The Mk 11 faded away almost as soon as it was launched.

Red LeGrand died in November 1988 and the company folded a few years later. The small sports cars continue to race successfully in the SCCA's 'DSR' category.

* The production figured are derived from an article in Autoweek 15 Feb 1969 p10. Some models will continue to have been built after this date. Details of LeGrand's later models come from an excellent article on Red and his cars by Alan James at Racer.net.