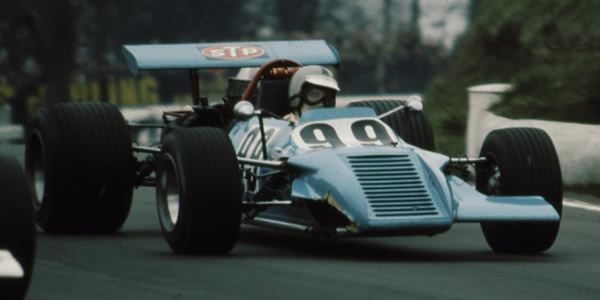 Tony Kitchiner was workshop manager at the Chequered Flag racing team in railway arches at Stamford Brook, Chiswick, in London, until Graham Warner pulled 'The Flag' out of racing at the end of 1968. Kitchiner took over the premises, and his Kitchiner Race Developments designed and built a Formula 3 car for French driver Albert Badan. After a spate of engine failures, Kitchiner rebuilt this car in mid-1969 into Formula 5000 specification, where it was driven by Ian Ashley.

For 1970, two new F3 cars were built, plus a new F5000 car, the K3A, which was to be driven by Gordon Spice. Spice and Kitchiner bought a Ford Mustang Boss engine from the US, but could never get it to run properly, so the car spent most of 1970 with a JW Automotive 4.7-litre in the back instead. This car was sold to Rob Taylor, a Formula Ford driver, in August 1970, and Kitchiner started work on a new K3B for 1971, to be fitted with a Rover V8. The K3B project never came to fruition, nor did a Rolls-Royce-engined K8 for 1982, and instead Kitchiner modified Spice's McLaren M10B for the 1972 season. After a couple of seasons with the Kitchmac, Kitchiner acquired a pair of McLaren M19s for 1974, and the line of Kitchiner cars had come to an end.