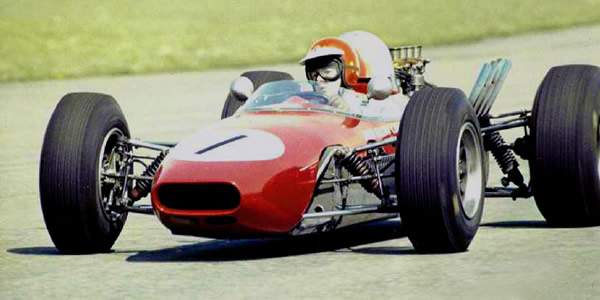 John Crosslé built Ford-engined specials in County Down (N. Ireland) in the late 1950's before producing his first customer cars in 1960. His eighth design, the Crosslé 8F, was a 1965 libre special using a Ford V8 engine, effectively a F5000 car three years too early. After a crash, this was rebuilt as the 10F for 1966.

The picture to the right is of Tommy Reid in Mick Mooney's Crosslé 10F in 1967. My thanks to Mick's son Michael for providing the image.

Thanks to Michael Mooney and Pete Stowe for helping with information on the 8F and 10F.

Sources include Alan Tyndall's '30 Years of Winning' and a Crosslé feature in Motoring News 17 Dec 1970 p4.