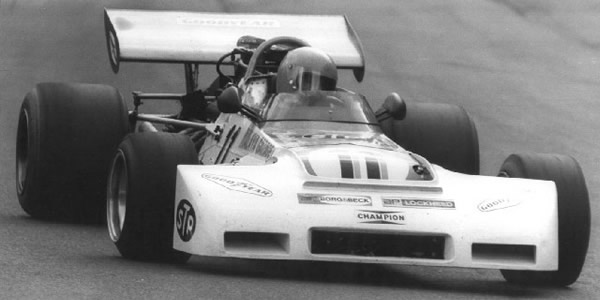 Despite the disastrous LT20 design of 1970, Malaya Garages were willing to stick with Len Terry for 1971 and his new LT25 design proved much more competitive.

Trevor Taylor had won five F5000 races for Surtees over the preceding seasons for Team Surtees, so his move to the Malaya Garages team was something of a coup. Despite failing to start at the opening race after a clutch failure, Taylor started the season well, qualifying fourth at Snetterton in April and third at Mondello Park in May, equalling the pole position time. When the second car arrived, in June, Taylor finished a fine second at Monza and later took fourth places at Thruxton in August and Hockenheim in September. The season was a definite step forward and Malaya Garages planned to run two cars for 1972. Graham McRae joined the team and laid out the design of the LT27, which was detailed and completed by Terry. These cars were later renamed McRae GM1. 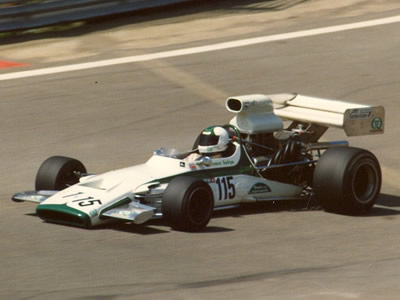 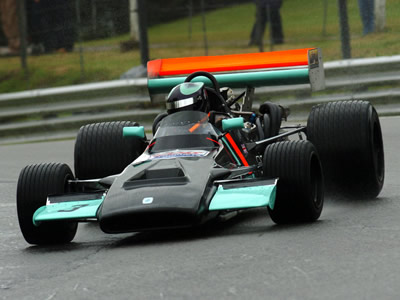 Advertised by Jon Bradburn (Wolverhampton) in January 1984 and later sold to Lawrence Sufryn (then Switzerland, now Tagsdorf, France) [date unknown but before 1992]. Sufryn had the car restored by Alan Baillie some time before 1992. Sold to Ian Jacobs (Hornchurch) February 2006 and raced in HSCC Derek Bell Trophy events. To Stefano Rosina (Italy) in March 2015 and repainted in original livery for the 2015 HSCC season. Sold to Rasim S. Tugberk (Fairfax, VA) in October 2016, and shipped to the US. Raced by Tugberk in the SVRA US Vintage Grand Prix at Watkins Glen in September 2021.

Entered by Malaya Garages for Trevor Taylor in the 1971 European F5000 series. New at Monza in June 1971, where Trevor Taylor finished second. Used at the next four races but then heavily damaged in an accident at Oulton Park in October and written off.

In addition to the above, unknown Leda LT25s were driven by Stephen Cuff and Chris Cuff.