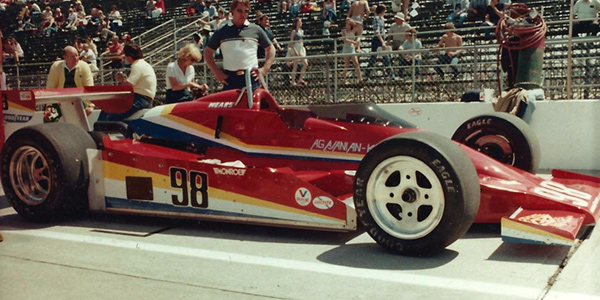 Grant King's final Indy design was a copy of the Penske PC7, intended for the 1980 Indy 500. The first car was not ready in time in 1980, and although it qualified in 1981 it was bumped. A second was later built for Jim McElreath.

The long-standing team of JC 'Aggie' Agajanian, Grant King and Usona Purcell had abandoned the unsuccessful 1976 Dragons after the 1978 season and used one of the old 1973 Kingfish in 1979, fitted with a Chevrolet stock block engine. Ground effects arrived in CART racing during 1979 as the Penske PC7 and the Chaparral 2K dominated the latter half of the season, so King attempted to build a ground-effect car for 1980, aiming to copy the Penske PC7. His new car could not be prepared in time for qualifying for the 1980 Indy 500, so driver Roger Mears was put into the old 1973 Kingfish, which had no chance of qualifying. Mears qualified the King PC7 in 1981, but was bumped from the lineup, and the car finally made its race debut at the Pocono 500, a farcical USAC race in June 1981 during the depths of the USAC/CART schism where the organisers were so desperate for entries that sprint cars were allowed to fill the grid. In this paltry company, Jan Sneva qualified the King well in eighth place, but retired after just four laps. Veteran Jim McElreath joined the team for the Indy 500 in 1982, the team's only appearance that year, but could not qualify. King then built a second "PC7" for McElreath for 1983 and it is believed to be the car he used to finish in a surprise 11th place at Atlanta in April 1983, but a photograph is needed to establish which of his cars he actually used.

King had by now wound down his racing operations and was producing equipment for the roofing industry. Purcell entered a March using Agajanian's long-standing #98 number in 1983, but that was not a success and for 1984 the Agajanians formed a new partnership with Mike Curb to enter Ligier Indycars for the well-funded Mike Chandler. JC was by now 70, and quite unwell, so his son Chris took over the Agajanian operation. The elder Aggie died in April that year after a long fight against cancer. 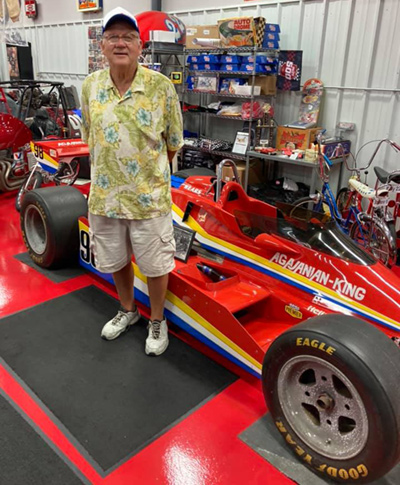 Built by Grant King as a copy of the Penske PC7 for the 1980 Indy 500, but could not be prepared in time. Roger Mears qualified it for the 1981 Indy 500 but was bumped. Jim McElreath took over the drive for 1982, but did not make an attempt to qualify. The car did not appear again after this, and remained at Grant King's workshops. It was on display in October 2021, still in highly original condition. 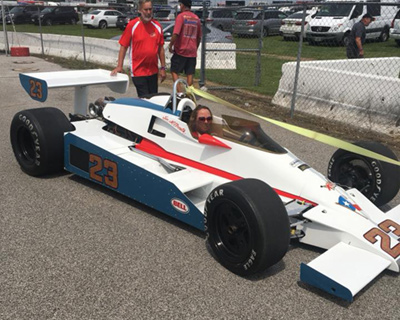 After Jim McElreath drove the Agajanian-King "PC7" at the 1982 Indy 500, King built a second "PC7" for McElreath, which he completed using parts from his Penske PC6. This is probably the "PC7" that McElreath used at the Atlanta CART race in early 1983, and may even be the "McElreath" chassis that he used at Michigan and Pocono later that season. The car did not race again, and at some later point was restored by AJ Watson in McElreath's #23 colours and fitted with one of the rare Drake V8 engines. The car was offered at auction in 2011 by Chuck Haines but did not sell, and was next seen when offered in early 2018 as part of William Rolland's collection in Oklahoma City, OK. Bill Throckmorton acquired the car in February 2018, and in December 2018, it was on display at Grant King's old workshop.

This article has been compiled primarily from press reports. My thanks to Bill Throckmorton for explaining how the two cars were used, and to Tom Osborne for the use of his photograph.