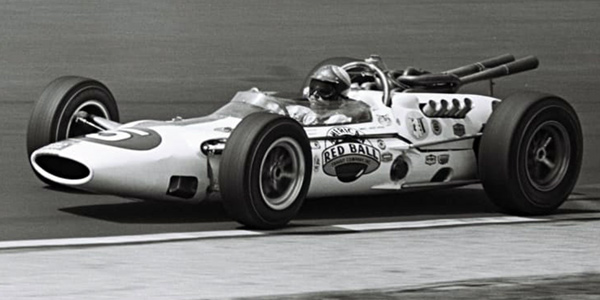 Lola created a brand new car for Indy racing in 1965, designed by Eric Broadley with assistance from a young Tony Southgate. Like the Lotus that inspired it, the Lola T80 was a monocoque fitted with the Ford quad cam engine. Three were built, for AJ Foyt, Lindsey Hopkins and JC Agajanian.

Both Foyt and Parnelli Jones, using Agajanian's car, tried out the T80s during practice for the Indy 500 but both preferred their second-hand Lotus 34s. Bud Tingelstad raced Hopkins' car in the Indy 500, having already taken fourth place in it at Trenton on its debut, and Al Unser took the Foyt car to promising ninth place. Neither Foyt nor Jones showed any interest in using the Lolas so, in July, John Mecom acquired Agajanian's car and recruited AJ Foyt's chief mechanic George Bignotti to run it for veteran driver Rodger Ward, who had left Bob Wilke's Leader Card team after the embarrassment of failing to qualify for the 500. Despite some early promise, the T80 suffered handling problems and the Foyt car was sold off to Michner Petroleum and the Lindsey Hopkins car to George O. Reves' Western Racing Associates in California. Bruce Jacobi wrecked the latter soon after, and Michner's was consumed by fire in 1968, leaving Mecom's ex-Agajanian car as the only survivor. Mecom's ambitious new team continued with Lola and ordered three new T90s for 1966. 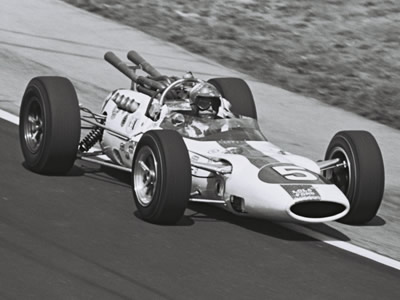 New to Lindsey Hopkins and raced by Bud Tingelstad at Trenton in 1965 as the #5 American Red Ball car, finishing fourth. Raced again by Tingelstad at the 1965 Indy 500 and several other 1965 races, but damaged in an accident at Milwaukee in August. It was sold to George O. Reves (Santa Ana, CA), rebuilt by his chief mechanic Norm Holtkamp and fitted with a Chevrolet V8 engine. It was entered by Reves' Western Racing Associates as the #68 entry at Indy in 1966, where it was driven by Bruce Jacobi and Ronnie Bucknum but did not qualify. It was then raced by Jacobi at Milwaukee the week after Indy but then crashed by him in practice at Langhorne the next weekend and wrecked. Reves and his business partners had told Holtkamp to sell the car after it failed to qualify at Indy, so its destruction did not go down well with them. They sued Holtkamp in October for the massive sum of $46,000. Nothing more was heard of the suit, the team or the car. 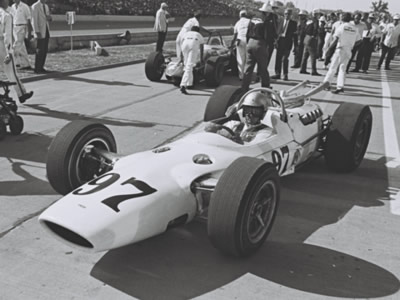 Parnelli Jones tried Agajanian's Lola T80 in practice for the 1965 Indy 500 but preferred his Lotus 34. Part of the Dave Friedman collection. Licenced by The Henry Ford under Creative Commons licence Attribution-NonCommercial-NoDerivs 2.0 Generic. Original image has been cropped.

J.C. "Aggie" Agajanian bought a new Lola T80 for Parnelli Jones to try to qualify for the 1965 Indy 500 but Jones preferred his Lotus 34. The Lola was then acquired by the newly-formed all-star Mecom Racing Team of 26-year-old oil heir owner John Mecom, ex-Sheraton-Thompson chief mechanic George Bignotti and ex-Leader Card driver Rodger Ward. Ward raced the Lola from July onwards but his results were very poor. Lola's new T90s arrived early in 1966 and were instantly very competitive so the T80 was not seen in 1966 but is likely to have remained in the Mecom stable as a backup. It is believed to have remained with Mecom until 2014, when it was acquired by John Darlington (Carmel, Indiana). Darlington took the car to Walter Goodwin for restoration, but work was still under way when Darlington sold the car in 2016 to David and Sally Bany, and placed on display at their World of Speed Museum (Wilsonville, OR). David Bany died in 2018, and the museum closed in May 2020. All three of the Indy Lolas from Bane's former collection were offered for sale by Muffy Bennett in August 2021. 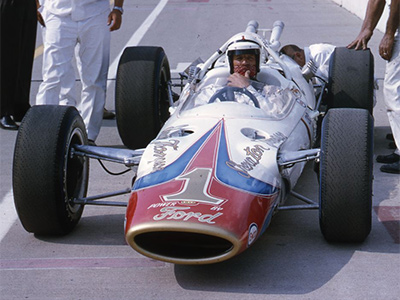 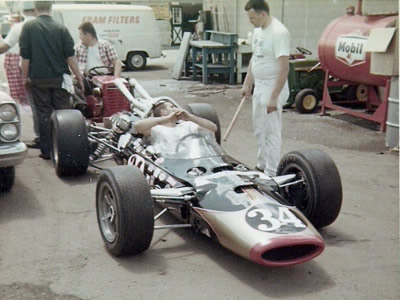 New to Sheraton-Thompson, the team owned by Shirley Murphy and William Ansted, with George Bignotti as chief crew and AJ Foyt as lead driver. Murphy and Ansted ran auto parts maker Thompson Industries, which was owned by hotel chain Sheraton. Sheraton-Thompson also had a Lotus 34 for Foyt and he preferred that car, so the Lola was raced at Indy 1965 by Al Unser as the #45 entry. It was not seen again that season. Tentatively identified as the car entered by Michner Petroleum in 1966 as their #34 entry for Larry Dickson, Used occasionally during 1966, 1967 and 1968 by Michner until the car was destroyed in the accident at Milwaukee in 1968 that claimed the life of Ronnie Duman. Norm Brown was driving the Michner Lola and was hit by Duman's car. Brown was trapped in the burning car for some time and was badly burnt. The Lola was destroyed.