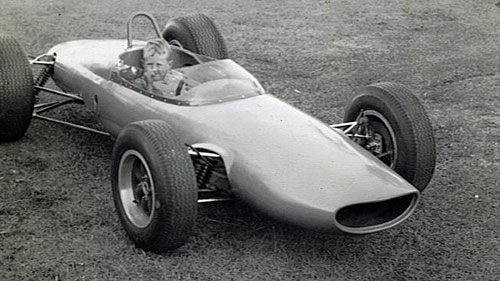 Bob Britton set out to build a Lotus 20 copy from photographs and measurements but, after the first chassis had been built, he was able to get a Lotus 22 to copy and built a jig from that. A further six cars were built from that jig. The BN1 was essentially a Lotus 20 with Lotus 22 suspension.

A total of eight cars are shown here but Mal Cooper's disappears early so one of the later cars could be second-hand.

Thanks to Ray Bell and Bryan Miller for their help constructing these histories, to Kevin Davis for sorting out the two Laurie Ellis cars with the help of Laurie and Roger Ealand, to Harry Hickling for details of his car and for the photograph, and to Kevin Taylor and Wayne Newman for details of their cars. All and any help would be gratefully received. Please e-mail Allen at allen@oldracingcars.com if you can add anything.

It has been reported that the second Ellis car was originally built by Bob Britton for Geoff McClelland 1962 as a rolling chassis but never completed.