Gordon Johncock in the Wildcat Mk 3 on its race debut at Mosport Park in 1977. Copyright Jim Allen 2021. Used with permission.

Built for the 1977 season, George Bignotti's Wildcat Mk 3 was much lower and narrower than the Mk 2, with more attention to aerodynamics. It did not turn out to have the speed of the Mk 2, and was rarely used.

The tub was very low, facilitated by moving the main radiators from the nose to the rear of the tub, a layout popularised in Indy racing by the 1976 Lightning. The smaller oil radiator moved to the nose. Bignotti also attached rubber skirts along the bottom edge of the tub, one of the precursors to ground-effect which was now popular in Formula 1. Two cars were built, said to represent an investment of about $100,000 each, including the four-cylinder Drake-Goosen-Sparks engine. George Bignotti remained in overall charge of the Patrick Racing team, with Louis 'Sonny' Meyer in charge of engines, Jackie Howerton chief fabricator with Dave McLerran and Bruce Linsmeyer, Wally Meskowski as principal machinist, and John Anderson maintaining gearboxes. George Huening was Bignotti's deputy, and Bob Riley was the designer.

Although the new cars were first seen in March, testing did not go well and Bignotti decided to take three of the 1976 Wildcat Mk 2s to the Indy 500. The Mk 3s were then converted to road racing specification and debuted at Mosport Park in July, both Gordon Johncock and Wally Dallenbach racing their cars, but both retiring. From then on the Mk 3s were rarely mentioned, but photographs show they were used at short track races at Milwaukee, Trenton and Phoenix in 1977. One of the Mk 3s was sold to Janet Guthrie for the Indy 500 in 1978 and the other was kept as a backup car, rarely getting a race. However, when Patrick Racing ran short of cars late in 1978, the Mk 3 was sent over to England for Johncock to race in the two British Indy races at Silverstone and Brands Hatch. The final competition appearance of a Wildcat Mk 3 was when Billy Engelhart comprehensively demolished the ex-Johncock car during practice at Indy in 1979. The surviving car remains in the collection of the Indy Museum. 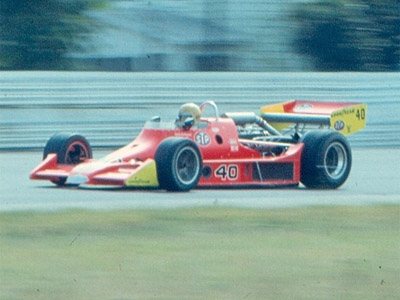 Wally Dallenbach in his Wildcat Mk 3 at Trenton in September 1977. Copyright Peter Watson 2020. Used with permission. 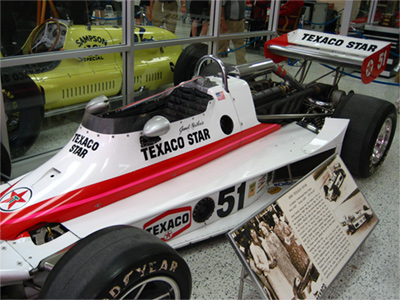 The ex-Janet Guthrie Wildcat Mk 3 in the Indianapolis Motor Speedway Museum in May 2007. Licenced by Wikipedia user 'The359' under Creative Commons licence Attribution-ShareAlike 3.0 Unported (CC BY-SA 3.0). Original image has been cropped.

New for Wally Dallenbach as Patrick Racing's #40 STP Oil Treatment entry in 1977, but not taken to the Indy 500 after disappointing testing results. First raced at the Mosport Park race in early July, then also used by Dallenbach at Milwaukee in August, Trenton in September and Phoenix in October. Sold to Janet Guthrie as her #51 Texaco Star entry at the 1978 Indy 500, finishing in a creditable ninth place. The car was preserved by the Indianapolis Motor Speedway Museum, and has remained in their collection ever since. On loan to the World of Speed Museum (Wilsonville, OR) in June 2016. Still in the World of Speed Museum in October 2019. Returned to the IMS Museum during 2020, and still on display in January 2021. 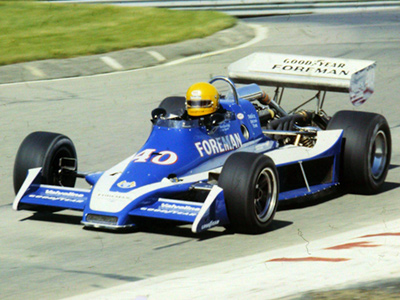 Steve Krisiloff in his Wildcat Mk 3 at Mosport Park in 1978. Copyright Jim Allen 2021. Used with permission. 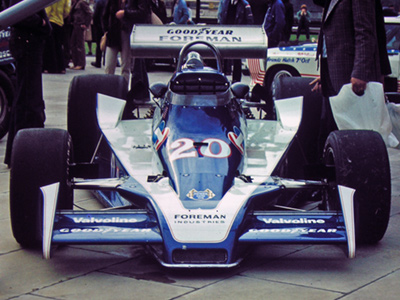 The Wildcat Mk 3 of Gordon Johncock on display in London in September 1978. Copyright Ralph Colmar 2021. Used with permission.

New for Gordon Johncock as Patrick Racing's #20 STP Oil Treatment entry in 1977, but not taken to the Indy 500 after disappointing testing results. First raced at the Mosport Park race in early July, and not mentioned again, although it may have been used at short track events that season. Johncock's new teammate Steve Krisiloff raced it at Mosport in 1978, and it was then taken out to England as Johncock's mount at the two British Indy races at Silverstone and Brands Hatch in October 1978. It was then driven by Krisiloff at Phoenix three weeks later. Sold to Jim and Don Beaudoin for Billy Engelhart at the Indy 500 in 1979, but he "virtually destroyed" on Sunday 20 May during practice.

My thanks to Michael Ferner, Simmo Iskül and 'Matt' for their hard work and remarkable eye for detail working through photographs and other evidence to untangle the histories of these cars. Thanks also to Peter Watson and Ralph Colmar for the use of their photographs.