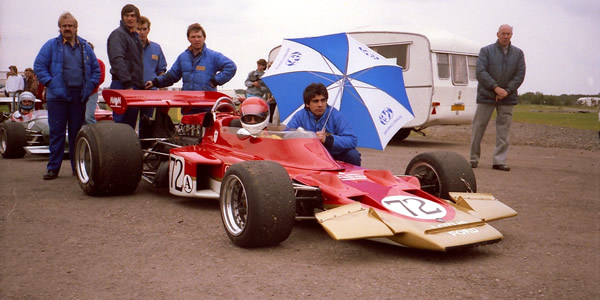 The HSCC held four more races for newer F1 cars in 1983, and attracted many of the cars that had appeared in the British Open series early in 1983, before it was cancelled, and were also being used in the BRSCC's successful libre championship. Mike Littlewood won the HSCC opener in Ken Moore's Ensign N177, then John Brindley won the next two in Nick Mason's Tyrrell 008, before John Foulston reasserted himself by buying a 1980 McLaren M29C. The grids were not large, but the level of interest was very high, with Ray Bellm having acquired a 1980 Williams FW07B, and Ken Moore having added a March 821 to his stable. A Shadow DN3B, a Brabham BT42, and a Surtees TS20 also made appearances.