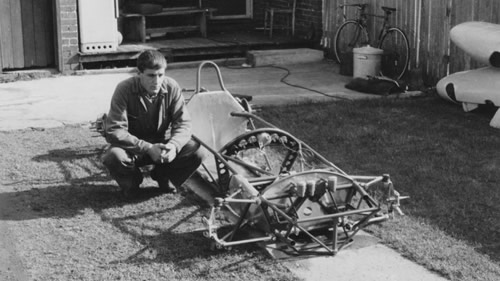 Bob Britton was one of Australia's leading builders in the late 1960s and early 1970s and was responsible for a series of highly competitive designs, most of which were based heavily on imported cars. Many of his most interesting cars stemmed from repair work, such as the successful series of Brabham BT23-based cars such as the Mildren, the Rorstan and the Rennmax BN3s.

The Rennmax story is a fascinating one but more information is still needed. If you can help, please email Allen at allen@oldracingcars.com.

Thanks to Ray Bell, Bryan Miller and Mark Bisset for their help constructing these histories. Mark kindly provided the results of his research into the sports cars. This page last updated on 10 May, 2021 . Racing Cars News had an article on the Rennmax-Repco sports car in March 1972 pp36-37.