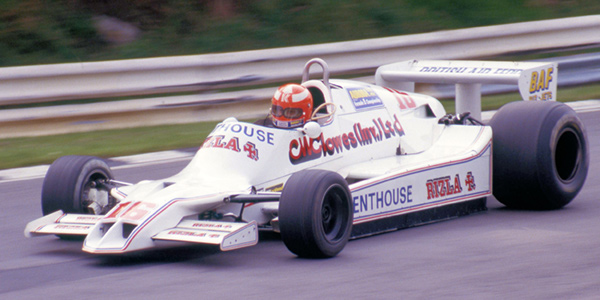 The Surtees F1 team dropped down to Aurora for 1979, joining RAM Racing who had three Fittipaldi F5As, Charles Clowes Racing who had the latest Arrows A1s, Melchester Racing with a pair of Tyrrell 008s and Theodore Racing's Wolf WR3 and WR4. Emilio de Villota had also upgraded and bought a Lotus 78, Giacomo Agostini joined the series with a pair of Williams FW06s and Graham Eden had the brand new Chevron B41. Everything was set for a fabulous season, and that's exactly how it worked out. David Kennedy won the opening two races in Wolf WR4 and Guy Edwards the third in his Fittipaldi, but once Rupert Keegan had settled into his Arrows A1, he and de Villota shared the next seven races between them before Kennedy bounced back with a win at Mallory Park.

Going into the final races, Kennedy led the races by seven points after three wins, Keegan was next with 56 points after five wins, and de Villota was one point behind him after four wins. In a thrilling finale in the rain at Silverstone, first de Villota spun out, then Kennedy ended up in the catch-fencing after an attempt to pass Keegan, and then Keegan had to fight back past Geoff Lees' Wolf to take the six points he needed to snatch the title. Gordon Smiley took the race deservedly in the Surtees, but Keegan was champion. Could it get any better than this?