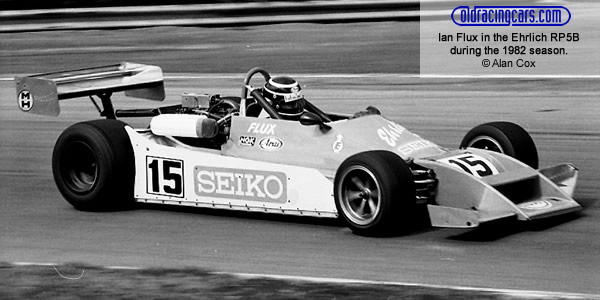 Ray Mallock moved on again after dominating the 1981 season so the stage was left to Alo Lawler, who retained his Ralt RT4 for a third season, and the new cars from Tiga and Chevron. Unfortunately for the championship, the new Chevron B56 was a complete flop and the new Tigas were only midfield runners.

Lawler's domination was almost total: eight wins from ten events and pole position at each of the first nine races. His only defeats came at Silverstone in June when Ian Flux in the evergreen Ehrlich RP5B took the chequered flag and at Oulton Park in October when Trevor Templeton visited from Ireland with a much newer Ralt RT4/82 and dominated the event. Mike Catlow returned with his five-year-old ex-hillclimb Ralt RT1 which was quick enough and reliable enough to take a series of minor placings and secure second place in the championship.

Grid positions are generally known but not always qualifying times. Grid sheets or details of qualifying are needed for all races except Mallory Park 11 Mar 1979.