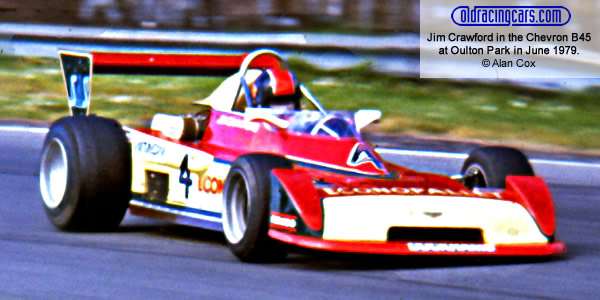 Formula Atlantic's most successful period in the UK had been 1974-1975 which had coincided with a thin period for Formula 3 as it moved from 1600c to 2000cc. As F3 was revitalised, Formula Atlantic lost support, lost its sponsorship, and lost its way. The misguided Indylantic experiment of 1976 hastened its decline and no series was held in 1977. The cars continued in Group 8 that season but after they were thrown out of there too, their only outlet in 1978 was libre racing and the flourishing Irish Atlantic series. After a successful experimental race at Donington in 1978, a new series was organised by the BRSCC for 1979.

Despite sponsorship from Hitachi, prize money was poor and support was low although Ray Mallock and Jim Crawford took the opportunity to remind the country of their talent. Alo Lawler won the rain-soaked opener at Mallory Park in the Lola T760 wing car but Ray Mallock dominated the rest of the season in his Ralt RT1, formerly a Ralt-Ferrari F2 car. Crawford was his closest competitor in the ex-Keke Rosberg Chevron B45 with Paul Smith putting in some strong performances in his updated March 782.

Grid positions are generally known but not always qualifying times. Grid sheets or details of qualifying are needed for all races except Mallory Park 11 Mar 1979.