To mark the addition of names from the American Racing Series onto WATN's pages, Paul Dallenbach, one of the 44 names that never appeared at Indianapolis or Formula 1 (but were still nonetheless very capable racing drivers) was targeted for an interview at the 2017 Goodwood Festival of Speed. The interview was conducted at the paddock where Paul's PVA Special was housed, on the 1st July 2017. Thanks to Paul for his time. 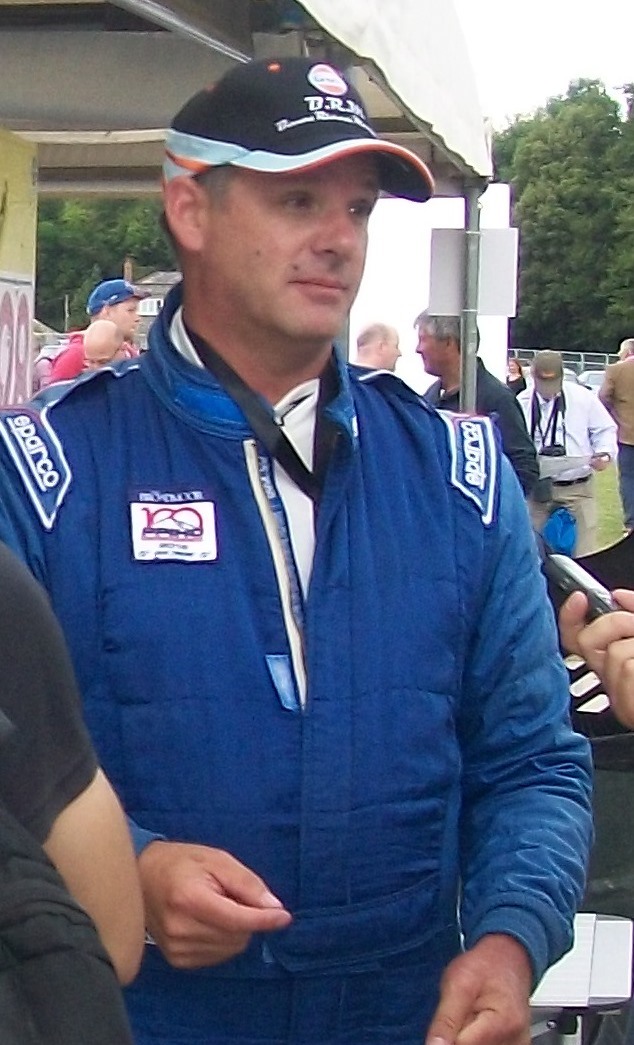 RJ: Obviously, you were raised in a motorsport environment with your father Wally, being a racing legend, and of course, you brother raced as well. Did you ever consider a life away from motor sport or is it something you always wanted to do?

PD: It was always what I wanted to do, but I never really had the proper funding to do it in the way I would’ve liked to. A lot of times, I was looking at other options with work, and racing opportunities came from that. But when I got a job, doing stunt driving for commercials, the hobby became a reality.

I was also getting better at finding money; I wish I knew then what I know now! I could’ve made a lot more money to race a lot easier. Back then, I felt I couldn’t ask for money, but now, well, I put companies together, deals together. Now, if I’d have had money, then I could’ve done Indycar. But, you know, everything happens for a reason and I enjoy what I do.

RJ: Did your father ever say “don’t race” or discourage you from the sport?

PD: No, there was never any pressure either way. He has always supported me and he still comes to my hill climbs today. I talk to him every day. He is eighty now and I’ll talk to him tonight about today and how it all went. He has always wanted me to do what makes me happy.

RJ: What would you say you learnt most from your father, either racing or non-racing related?

PD: You know, the main thing was that he didn’t intrude. I’ve seen so many fathers ruin their kid’s careers by being too pushy; the racing version of soccer mom’s if you will. Their thinking is, if I keep pushing them, they’ll go faster. My dad wasn’t like that. He let me discover and make mistakes, and learn from them all by myself and I do think that’s the best way of parenting, always being supportive. 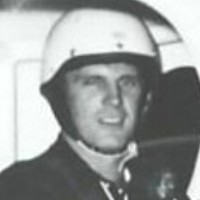 RJ: It’s not easy being a circuit racer and a rally driver, and to be successful at it, but you managed it. How easy is it to switch between these varying disciplines?

PD: I think it’s different, you know, because when you are rallying or hill climbing, you’re not up against anyone, you’re focusing solely on the road. With circuit racer, you can’t do that, you’re focusing on doing the perfect lap time but you’re conscious of the person behind you and what they might do. So, you do have to approach it with a different type of strategy. I always enjoy rallying because you know how fast you have to go to succeed. You don’t have worry about anyone else taking you out. I saw so many road racers taken out at the start of a race. Often it was a rich kid who had three cars in the trailer, but not much talent so…. there’s frustration there. But as far as the actual driving itself goes, yeah, it’s essentially the same but with a different mind-set.

RJ: Was the lack of a budget the main reason you didn’t get to race more in the American Racing Series and then subsequently Indycars?

PD: Yeah, but I mean in all these years of racing that I’ve done, I’ve only done about three full seasons in open-wheel racing. Every other year that I was doing open-wheel, it was racing here, racing there, wherever I could get a ride and have the facilities to race, so it’s very hard to show what you’re capable of when you’re just jumping into the car and trying to go for it, as opposed to having a full season to learn the car, improve, have testing and so on, and often not having the right car. That said, maybe it made me a better driver because you had to get adapted very quickly. On the downside, when you’re speaking to people or potential sponsors outside of the sport and their question is “Why didn’t you win?” it is hard to explain it easily. But when I look back, I wouldn’t have changed anything that I did; it would’ve been nice but it doesn’t gnaw away at me or anything.

RJ: What, for you, makes Pikes Peak the event and the challenge that it is? What do you enjoy most about the hill climb?

PD: Pike’s Peak is the second oldest race in America; we’ve just had the 100th anniversary. It’s our Indy 500. It’s the Indy 500 for grassroots motor racing. It’s where a guy who builds a car in a garage or in his house; he can then go on to compete at the same venue against the factory teams and it’s nice because that’s how the sport used to be. You go to Pike’s Peak to see all these different cars and then it’s up to your imagination to build a car to compete against them. It gives you great satisfaction to build a car, go quickly and do well and that’s what I like about it.

RJ: What do you enjoy about stunt driving? Is there a particular skill you have to have to do on top of what a normal racing driver would have anyway?

PD: Yeah, it’s a thrill and a skill. You’re missing cameras by inches; your timing has to be right. You’re under great pressure as the film, commercial or whatever, the scene depends on you; if you crash, then there’s no more shoot, plus all the other things from that. But it’s challenging and I like that and I still do it. It’s funny because you know the best stunt drivers in the movie business are former racing drivers; a lot of them who have done the most work have a racing background. You can tell the difference when you’re next to a camera car and you’re going down the road. You’re not nervous about going close to another car whilst driving fast. I’ve got an advantage through my racing experience over others who haven’t.

I notice it when I’m teaching people. I taught Navy Seals and I’ve taught people from a non-racing background and you have to work harder at it to make sure they get that right.

RJ: Yeah, I noticed that on your website about the Navy Seals and bodyguards and so on and teaching them driving…

PD: Yeah, that came via a company called ESI; Executive Security International who had many remits and my particular one was driving. My dad designed a track so we taught them there about doing 180 turns, road blocks, and other security measures that could help them. Now this was the late 1980’s; as you remember there was terrorism out there, but not like it is today. The course is still going on but it’s had to adapt to a different form of terrorism since I did it.

RJ: What do you enjoy most about driver instructing?

PD: Well, the instructing I don’t really do any more, but what I did like about it was that it kept me on the racetrack. I worked at the Mid-Ohio school for twelve years and so I got a lot of track time and got used to different cars; and in the twelve years I was there, every day we were given carte blanche to do whatever we wanted. It kept me sharp.

But as far as instructing people…. It’s only good when they listen! You get people who think they know everything before you even start. You don’t get many of them and so normally, it’s pretty rewarding to compare them from the start of the day to the end of the day.

RJ: Finally, what you do enjoy most about the car you’re driving here today, your PVA Dallenbach 03 Special?

PD: The car is like a big go-kart, lots of horse-power, it’s just a fun car to drive, you know? I’ve driven the car for so long that I’m comfortable with it. A lot of people think I’m crazy but it’s funny how people who haven’t seen this car react the first time they see it. Maybe it’s crazy for you, but say, riding motorcycles is also crazy; my crazy is a different type of crazy. 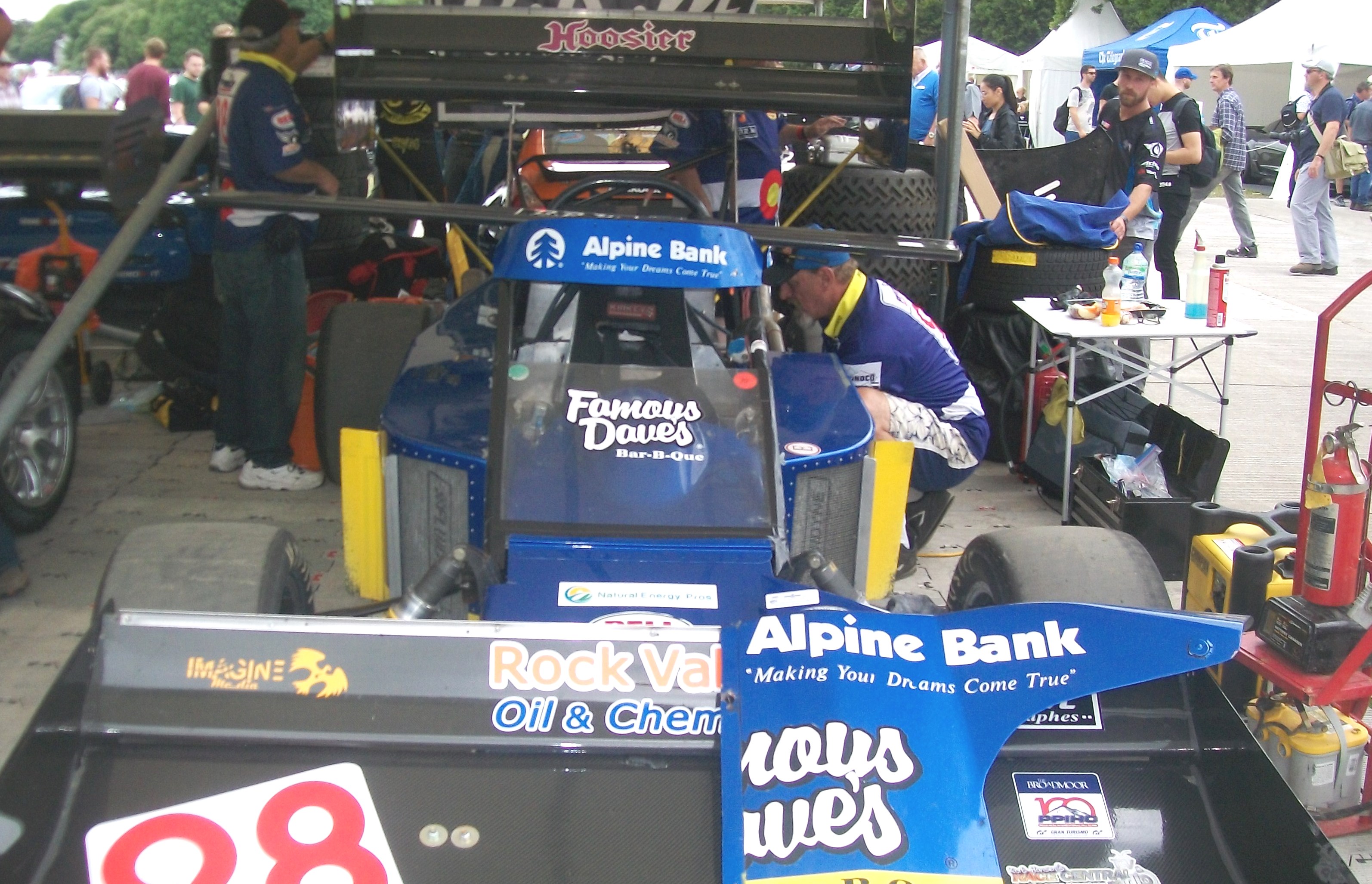 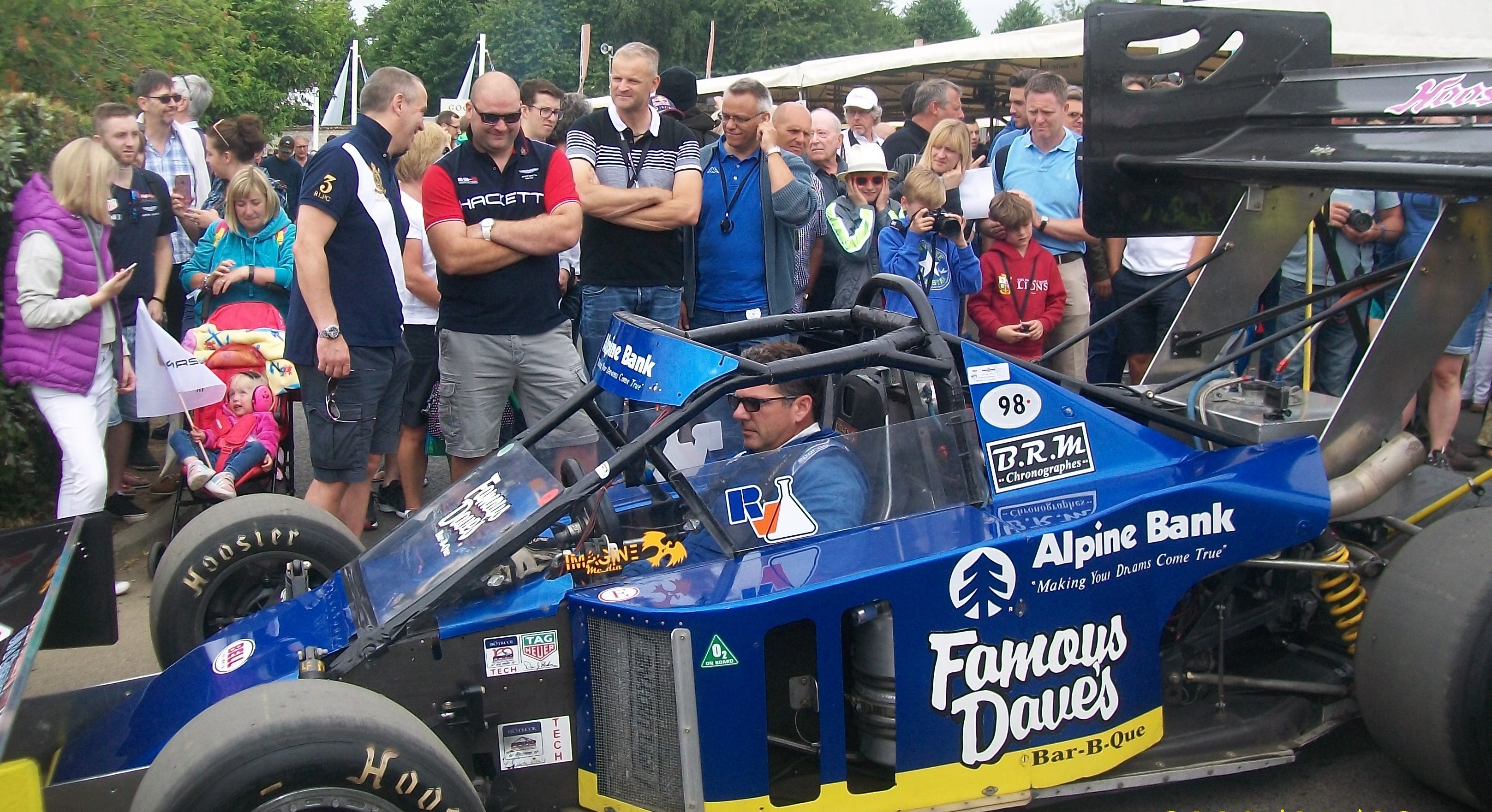