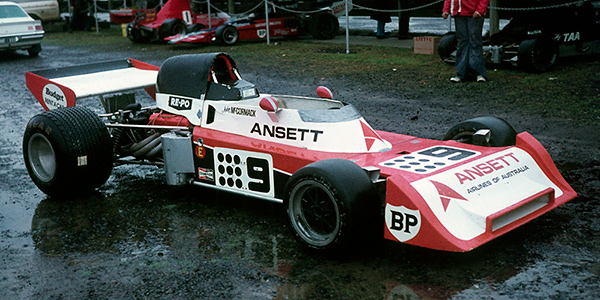 Reigning champion Max Stewart and his close rival Kevin Bartlett both bought new Lola T400s for 1975, but found Lola's new design baffling during the Tasman series and retreated to their older T330/332 Lolas for the last two races. Both tried again with the T400s in the Gold Star series and Stewart won the Australian GP in atrocious conditions at Surfers Paradise, but that was the only win for either of them until Bartlett won the final race of the season. Their problems left the door ajar for John McCormack, whose Elfin MR6 had been fitted with the latest Holden engine and was now very reliable, allowing the veteran to put together a string of solid results and regain his title by just five points from Johnny Walker, who had wisely retained his older Lola T330/T332.

The find of the season was Bruce Allison, who had acquired Kevin Bartlett's Lola T332 and took pole position at the Grand Prix. He would move to the US and then British series in the next two seasons.

The 1975 Australian results have been compiled primarily from the Australian monthly magazine magazine Racing Car News and the UK magazine Autosport. The relevant Australian Motor Racing Yearbooks and the book "Australian Grand Prix, the 50-Year History", were also used.