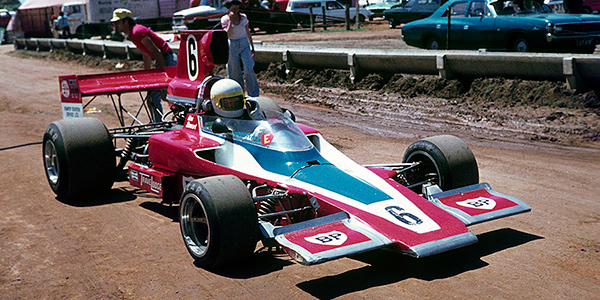 Although grid sizes remained small, an influx of new hardware improved Australian F5000 in 1974. Kevin Bartlett, Warwick Brown and Kiwi Graeme Lawrence all had new Lola T332s, and defending champion John McCormack had an Elfin MR6, but it was Max Stewart in his well-travelled Lola T330 that had proved to be the best of the locals in the 1974 Tasman series, winning two races, and he continued his good form into the Gold Star series, winning the first five races, including the Australian GP. Bartlett was his closest competitor, as he had been when Stewart last won the title in 1971, but this time his only victory was in the final race of the season.

The Leyland P76 engine in the Elfin MR6 proved unable to match the power of the heavier Holden unit, so McCormack's season was ruined. A couple of the old Matich A51s reappeared, one in the hands of Italian F1 driver Lella Lombardi, who proved impressively competitive.