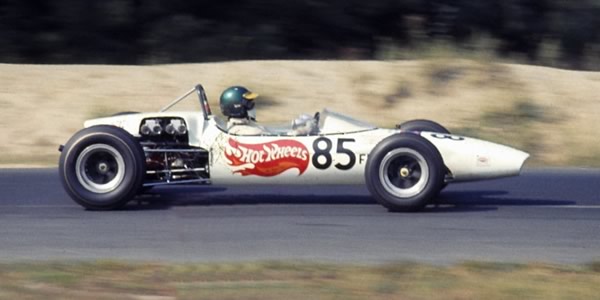 The 'father' of Canadian single-seater racing was Peter Broeker, whose home-built Formula Junior car had competed in the 1963 US Grand Prix. Canada had moved more into the mainstream of motor racing when it started to organise International sports car races at Mosport Park and Mont Tremblant but Broeker maintained that young Canadian drivers could not succeed on the international stage unless Canada encouraged single seater racing. CASC were eventually persuaded by his arguements but he had more success in Quebec where a 'formula car' championship was organised for 1968. This was intended for Formula B and Formula C cars but also allowed in Formula Ford, Formula Vee, Formula 4 and anything else that was available. Even a F1 car ran in one event.

The "1968 Eastern Zone Formula Car Championship For The Stebro Trophy" comprised seven races, three at Harewood Acres in Ontario, two at Le Circuit Mont Tremblant, Quebec, one at Mosport Park, Ontario and a finale at Trois Rivieres, Quebec. Molson sponsorship was acquired for 1969 and the Eastern series continued to run alongside the FA/FB National Championship in 1969 and 1970. When the National Championship moved to FB in 1971, there seemed little purpose in an extra championship covering only the eastern regions and it was dropped at the end of that year.

Unfortunately, Canada lacked a reliable motor racing publication of record during this period - Canadian Track & Traffic often displaying an almost peverse unwillingness to comment or report on the national championship - so records are patchy.

Results for this series have proved very difficult to complete, due in part to the poor coverage in Canadian magazines such as Track & Traffic. Jim Ibey and Rob North have provided some details, but full information is hard to find.