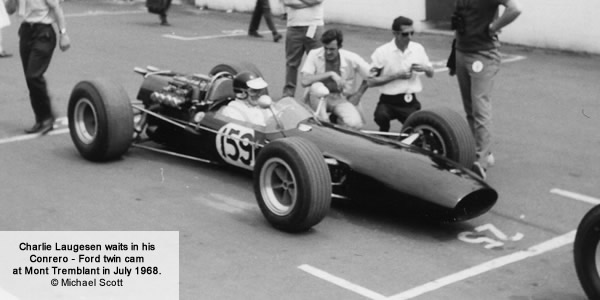 Ontario's Bill Brack dominated the Eastern Zone series in a Lotus 41C, one of only two new Formula B cars. Series founder Peter Broeker won the opening round in his evergreen Stebro but the second round was a battle between Brack and Quebec's Jacques Couture in a Crosslé 12F. The Crosslé emerged victorious on that occasion but Brack won the next five races in the Hot Wheels-supported Lotus.

This championship table has been constructed from the known results on the assumption that this series used the same 20-16-13-10-8 points system used by the Molson Quebec Region championship in the following three years. If a 9-6-4-3-2-1 system had been used, the first five positions would have been the same but Max Castleberg (Cooper-Ford) would have taken sixth ahead of Hochreuter.