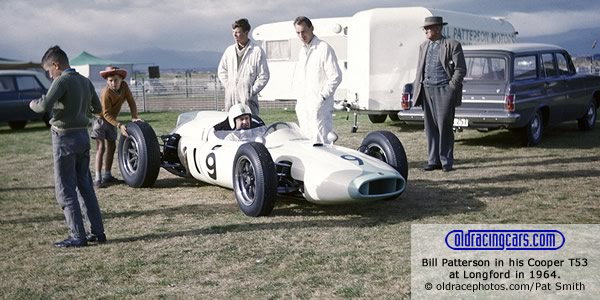 Gold Star rules changed in 1964 with the races being run to the new 2.5-litre 'Tasman formula. Champion Bib Stillwell decided to keep his Brabham BT4 and found that it was easily strong enough to retain his title, taking two wins and two second places from the first four races. John Youl also kept his Cooper T55 for the first few races before retiring from the sport. Lex Davison was able to secure another Brabham BT4 after the Internationals and handed his Cooper T63 down to young teammate Rocky Tresise.

Replacing Formula Junior was the new AF1½ category for 1500cc cars. The leading runners were late-1963 Formula Junior cars converted to Ford twin cam engines and the quickest of these were Greg Cusack's Brabham BT6 and Arnold Glass's Lotus 27. At the end of the season Leo Geoghegan appeared in a new F2 Lotus 32 with a twin-cam and won the Hordern Trophy after Stillwell and the pole-sitting Kiwi Frank Matich dropped out wth engine troubles.