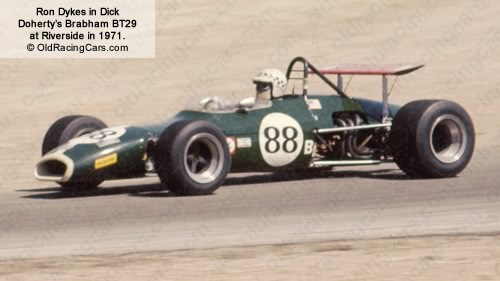 The final points table for 1971 was not published in Sports Car at the end of the season so all that is known so far is that the following drivers qualified for the Runoffs:

Dykes had qualified won the title by winning a number of races in Dick Doherty's Brabham BT29 early in the season but he actually attended the Runoffs with the March 71BM that he had used in the Pro series later in the year.

The last information available is from about four weeks before the end of the season and gives some idea of the amount of late-season activity, notably the surge from Bill Middleton who had replaced his aged Brabham BT21C with a new Lola T240.

Standings as at 14 September