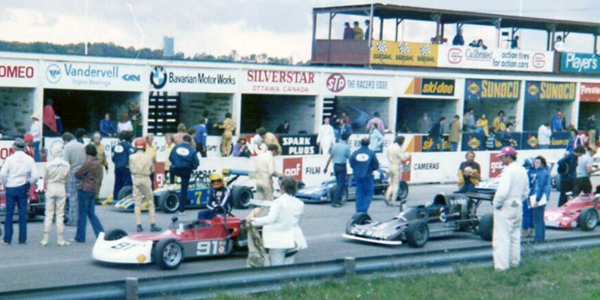 Lola remained the most successful marque in 1975, with 164 starts to the 73 of Royale and 72 of Tui/Supernova. The most common models were Lola's latest T324 followed at some distance by the new Royale RP19, the preceding three Lola models (T320, T322 and T252) and then the new Supernova Tui BH5.

Eddie Miller won five of the 11 races in his Carl Haas Lola T324 and Howdy Holmes and Herm Johnson also won for Lola. Three of the other four races fell to the ex-Ingle Zink of Tom Bagley with the Laguna Seca race being won by the Elden Mk14 of Fred Philips. Bobby Rahal managed a couple of podium finishes in his Bill Scott Racing Royale RP19, as did Bob Lazier in his Fred Opert Racing Supernova Tui. Scott also entered the ex-Elliot Forbes-Robinson Lynn 001 in which Jon Batchelor finished second at Daytona in February. Two European FSV champions made an appearance: Keke Rosberg was sixth at Watkins Glen in October in the Opert Supernova Tui and Mikko Kozarowitzky was sixth at Daytona a month later in his ATS Lola.

The results here have been compiled by Chris Townsend using US magazines such as Autoweek and Formula. The results are complete but entry numbers are missing; please get in touch if you have any programs from these races.

Lola chassis records aren't a lot of help here as the T324s are typically just shown as going to Carl Haas. Royale records, as reproduced in Paul Lawrence's Nowhere to hide - the story of Royale Racing Cars, similarly show most of the RP19s going to Bill Scott. SuperNova/Tui records may yet be found.

Identifications have generally been gleaned from SCCA logbooks for the cars that have survived and from Autoweek classified ads sometimes which sometimes mention chassis number or previous owners. Some information comes from the FSV Register, for example the information that Bagley's Zink Z11 was chassis 1.