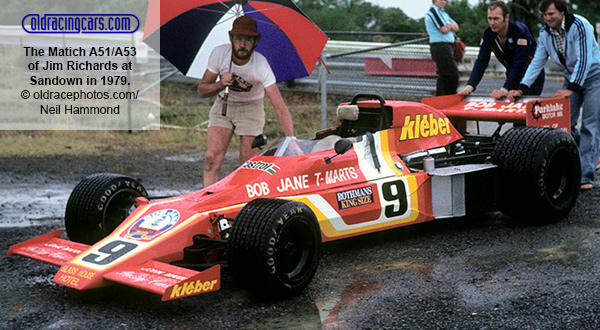 If you design a points system that awards 15 points for a win and 14 for second place, you cannot be surprised if you end up with a champion who did not win a single race. Alfredo Costanzo won the first two races, finished third in the next race, and was leading the fourth and final race, on his way to a well-deserved championship, when a slower car got in his way and knocked him out of the race. In contrast, Larry Perkins had a seventh, a third and a second, but after Costanzo's elimination, he only had to finish to be crowned champion. The other leading drivers were reigning champion Warwick Brown, who crashed heavily in practice at the first race but recovered to win the final round from pole, and David Kennedy whose Formula 1 Wolf WR4 was hamstrung by having to use wooden Aurora type rubber.

Even the addition of a couple of F1 cars from the British Aurora series could not disguise the fact that Australia only had a handful of competitive F5000 cars and that the performance gaps to some of the older cars had become dangerous. This would be the last International series in Australia.