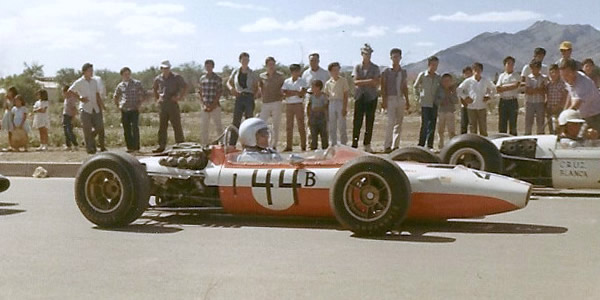 MidWest saw a boom in Formula C in 1966 and also saw some signs of life in FB, with Hank Candler enjoying great success in his LeGrand.

Candler and Chuck Trowbridge both took up their invitation to the SCCA Runoffs, and Trowbridge acquired a LeGrand for the event. Unfortunately for Candler, he failed to start. Both Candler and Trowbridge would later try their hand at Formula A.

Race results for Midwest Division Nationals from 1970 to 1978 have been kindly provided by veteran MiDiv historian Rocky Entriken. We also have some background information from Competition Press up to about 1973, when its interest in such events waned considerably, but we know little of the goings-on away from these events and are are keen to acquire or borrow 1960s, 1970s and 1980s copies of SCCA regional publications from this Division. The key ones are: