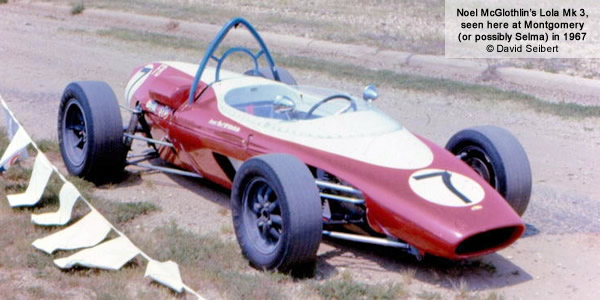 SouthEast Div expanded its FB competition from one driver to three in 1966, the runaway leader being Chattanooga Region's Noel McGlothlin in a five-year-old ex-Formula Junior Lola Mk 3 whose main problem was to find enough FB entries for the class to be eligible for points.

Dr John Hood had a 1963 Brabham BT6 but it may have arrived too late in the year to challenge for the title. More would be seen of that combination in 1967.