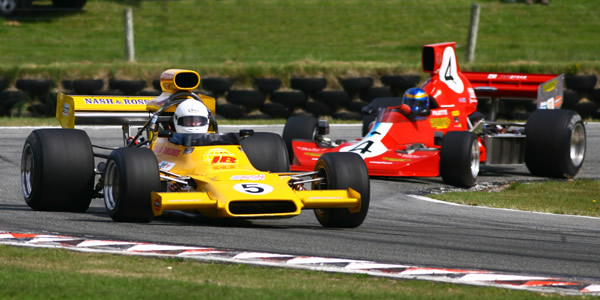 After three successive titles in David Abbott's Lola T430, Kenny Smith acquired a Lola T332C from a museum in the USA for the 2011/12 season. He was second in qualifying behind Steve Ross's McRae GM1 at Wigram in November, and finished second to Jay Esterer's McRae in the first two races, but missed the final when an input shaft failed. He then took pole at Manfeild and won the opener, but was involved in a massive startline accident in the second race, and the Lola was heavily damaged. He returned to Abbott's Lola T430, but Michael Lyons completely dominated both races at Hampton Downs, with Ross and Smith left in the minor podium places. Lyons and Ross shared the spoils at the Skope Classic, with Smith absent, and the season ended with a visit to the VHRR Phillip Island Classic, where Ross won three of the four races to take his first title.

A total of 47 F5000 Tasman Revival events had taken place by the end of this season. The drivers who had taken part in the most were as follows.