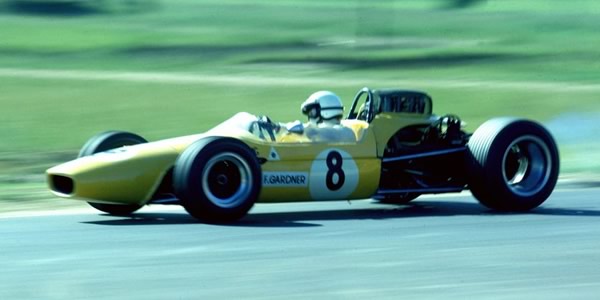 The main cars built specifically for the 2.5-litre Tasman came from Jack Brabham's factory or from the semi-works team of Tommy Atkins and Bruce McLaren plus one-off cars based on F1 designs from Ferrari and Lotus. The only Tasman cars built for customers were the Brabhams.

Brabham made up nearly half the grids over the six seasons with 329 starters out of 724 in total. Lotus had 145, Cooper 94, BRM 44 and local manufacturer Elfin 26. Surprisingly, the model of car that provided the most starts was the ex-FJ Brabham BT6, popular in the antipodes with 1.5-litre Ford twin-cam engines. One of these BT6s, FJ-9-63, started 22 races driven by Frank Gardner, Roly Levis and Bill Stone, twice achieving fourth place finishes.

As well as Elfin, the other locals were Mildren on 8 starts (7 with the Alan Mann-built 'Mono'), McRae on 4, Bowin and HCM each on 3, Valour, Rorstan and Rennmax each on 2, and Begg, MRC and Cheetah with one start each. One of the Mildrens, the MRC and arguably the Rorstan were effectively Rennmax cars. The HCM was a modified Lotus.