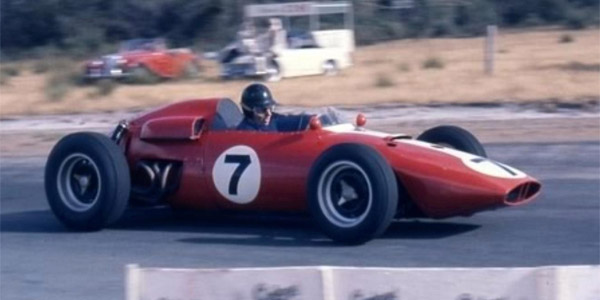 Bib Stillwell dominated the 1962 Gold Star in his 1961 Cooper 'lowline' T53. His most potent local rivals were Lex Davison who had a similar car and John Youl who acquired Jack Brabham's even newer Cooper 'slimline' T55 after the Internationals. David McKay also acquired an ex-works T53 but the achieved little with the car.

Reigning champion Bill Patterson retained in his 1960-type Cooper-Climax Mk IV 'T51' and was off the pace of the newer cars. Every other significant runner also used the T51 but Lex Davison gave his Aston Martin DBR4 a few outings and Arnold Glass put the ex-Scarab Buick engine in his BRM P48 towards the end of the season and finished fifth in the Australian GP.

The other rounds were won by John Surtees (the South Pacific Championship at Longford on 5 Mar 1962), Lex Davison (the Victorian Road Race Championship at Sandown Park on 16 Sep 1962) and Bruce McLaren (the Australian Grand Prix at Caversham on 18 Nov 1962). As Surtees and McLaren didn't have Australian drivers' licences and thus didn't qualify for the Gold Star, maximum points at those two races went to Jack Brabham and John Youl respectively.