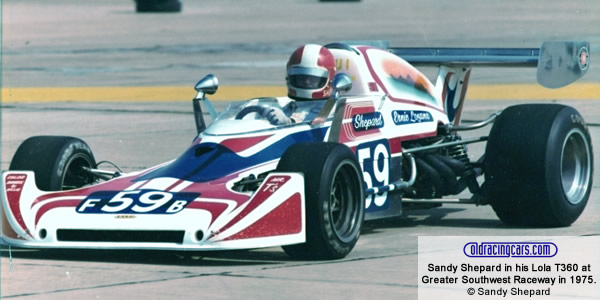 As in 1974, most new cars were used in the Canadian Formula Atlantic series, the March 75Bs, Lola T360s and Chevron B29s typically only appearing in Nationals as test runs before the "serious" racing began. Bob Young and Sandy Shepard were exceptions to this, winning Midwest and Southwest Divisions respectively with new Lola T360s, as were March 75B drivers Don Breidenbach, who won SoPac, and Chip Mead, who was second in CenDiv. However, there were few sightings of a FB car less than two years old in NEDiv or NorPac, and SEDiv barely had a FB car at all.

Now that the SCCA had allowed the Ford BDA engine into Formula B, drivers could compete at the Runoffs in the same cars they had used in the Canadian or British Formula Atlantic series, so it was Chicago Region youngster Bobby Rahal who took the national title in a March 75B rented from Doug Shierson. On pole had been Jim Crawley, who had raced in England, and he finished second in his Chevron B29. NEDiv's Eric Kerman finished a fine third in an updated March 73B, with NorPac's John Norman an impressive fourth in his ancient Lotus 69. Pat Walter was seventh in the first Ralt to reach America.

The main Formula B/Atlantic cars for 1975 were:

Older cars were still in use, notably the Chevron B27 and March 74B.

The top three from each Division were invited to the SCCA Runoffs in November to decide a national champion.

Formula B continued to flourish in the SCCA's Divisions, both in National and Regional events. Competition Press & Autoweek now had very little coverage of Nationals, and newspapers had little space for the amateur side of the sport. The SCCA's Sports Car magazine had a "Club Racing" column in 1975, in which representatives from the Divisions could report on the latest Divisionals, but it was rare for more than just the class winners to get a mention. As a result, we are missing results for the majority of these races. Please get in touch if you have any programs, results sheets, grid positions or qualifying times from these races, or can help in any other way.